Bosnia unrest is 'local fire' that can be put out, says PM 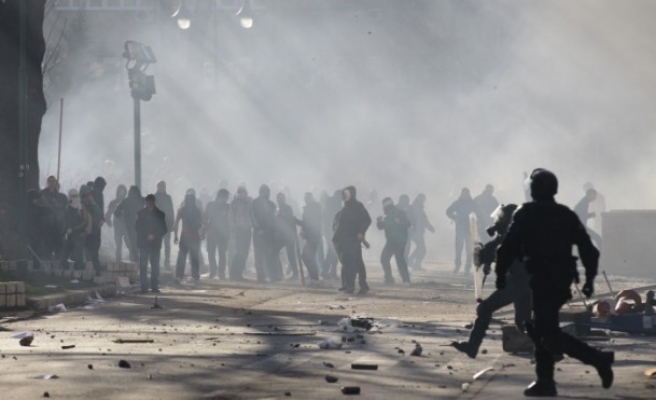 The recent unrest in Bosnia is a local "fire" than can be quickly put out by moves to raise living standards, Prime Minister Vjekoslav Bevanda said on Monday.

Speaking at an EBRD conference, Bevanda played down the impact of this month's protests in parts of the Balkan country that have seen government buildings set ablaze in what has been the worst violence since the 1992-95 war.

"I believe this is a local fire and we will be able to extinguish it very quickly," Bevanda said, adding that measures should be taken to improve Bosnians' quality of life.

Observers, including Paddy Ashdown the former top international official in post-war Bosnia, have called for outside intervention to ensure the situation does not deteriorate into a more dangerous crisis.

Protests have subsided in recent days, but the grievances at their heart - unemployment, corruption and political paralysis -have their roots in the deal that ended the war, divvying up power to stop the fighting between Orthodox Serbs, Catholic Croats and Muslim Bosniaks.

Decentralised and dysfunctional system of power-sharing woefully unfit to steer Bosnia through economic transition or the process of integration with the European Union, to many their best hope of prosperity.

"People have the right to express their unhappiness with the social situation," Bevanda told Reuters. "However, the situation has simmered down and there's less than 100 people protesting in
Sarajevo.

"The situation is going to calm down, there will be negotiations and discussions that will solve the problems."

With governance frequently hostage to ethnic politics, the economy has struggled to keep up with its ex-Yugoslav peers.

More than one in four of the Bosnian workforce is unemployed. Failure to reform the constitution has frozen Bosnia's bid for accession to the European Union, which neighbouring Croatia
joined last year.

Six other prime ministers from the Western Balkans were at the EBRD event as the region bids to bolster investment prospects. Some referred to the need for stability in the region, and Bevanda said they were all behind his country's efforts to stem the recent unrest in Bosnia.

"We've been in contact the whole time during the protests, and they have given me their full support," he said. "They've had similar situations organised in Croatia and Montenegro."

Bevanda, a Bosnian Croat, heads a largely administrative central authority which coordinates the work of more powerful regional governments. They in turn are split between a mainly Bosniak and Croat region and a Serb Republic.

The former warring sides have little common vision of Bosnia's future. While Bosniak leaders want greater centralisation, Croat hardliners are pressing for their own entity, while Bosnian Serb leader Milorad Dodik says he sees no future for Bosnia at all.