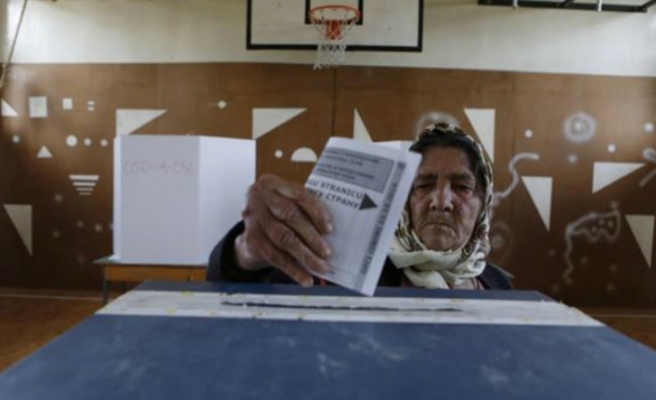 Bosnia and Herzegovina is holding presidential and parliamentary elections on Sunday -- the eighth in the country since the end of the Bosnian War nearly 20 years ago.

At 7 a.m. (0500GMT),  voters started queuing at polling stations. Some 3.35 million people are expected to vote at 5,794 polling stations. Three-hundred-and-fourteen mobile teams will reach 10,000 citizens unable to step out to vote.

This year, some 78,000 registered voters living abroad are eligible to vote at diplomatic and consular missions in Vienna, Oslo, Belgrade, Chicago, Munich, Frankfurt, and Graz.

Bosnia and Herzegovina has two entities, 10 cantons, and an autonomous region. The country's complex political structure, the crippling economic crisis, unemployment and memories of the war make the election even more complicated.

Voters will choose representatives of the national parliament, the three-member national presidency, the parliaments of the country’s two entities and other bodies.

They will elect parliamentarians of the two councils -- the Federation of Bosnia and Herzegovina (FBIH) and the Republika Srpska (RS), the two constitutional entities of the country.

They will also vote for members of the Bosnian federation's 10 cantons.

Fifteen candidates -- six Bosnians, five Croats, four Serbs -- will compete for the rotating chairmanship of the three-member Presidency of Bosnia and Herzegovina.

Bosnia and Herzegovina election authority has cleared 67 political parties to participate in the elections. This is the highest figure since the 2002 elections.

The elections will also see 34 independent candidates and 34 alliances at different levels of the state functions.

In total nearly 7,500 candidates will run for 518 posts which equals an average of 14 candidates for every single post up for grabs.

The first results are expected at midnight local time Sunday.