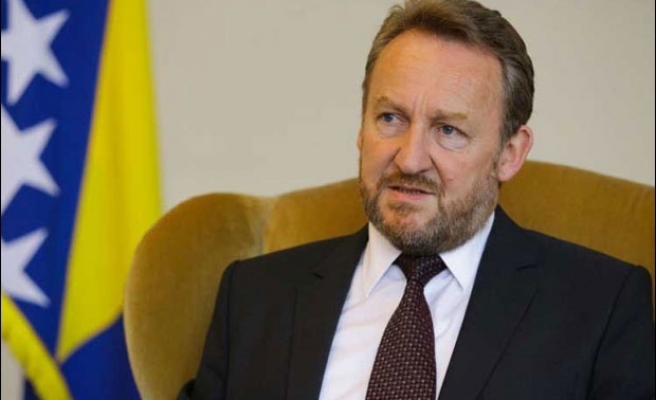 The son of independent Bosnia’s first president has praised Turkey and President Recep Tayyip Erdogan for “introducing Islam to the world fairly”.

Bakir Izetbegovic -- the Bosniak member of the country’s tripartite presidency, and son of Alija Izetbegovic -- was speaking in Sanliurfa, southern Turkey on Tuesday.

“Turkey is the country today that carries the flag of Islam in the world thanks to its president Recep Tayyip Erdogan,” Izetbegovic said.

“However this flag was carried by the deceased Alija Izetbegovic in a notable way, you [Turkey] are now carrying it in the same way as well,” he said.

“You are struggling to introduce Islam to the world fairly and to show Islam is a religion of peace," the Bosniak leader added.

Izetbegovic arrived in Turkey to attend an event in Ankara on Monday to mark the 14th anniversary of the death of Alija Izetbegovic.

Alija Izetbegovic, who declared Bosnian independence from Yugoslavia in 1992, was a key figure for modern Muslims.

He came to international prominence during Bosnian’s 1992-1995 war and is credited with forging a new state for Bosniaks, earning him the epithet the Wise King.