Innocent civilians were killed, “we will never forget what happened,” says Chairman of the Presidency of Bosnia and Herzegovina. 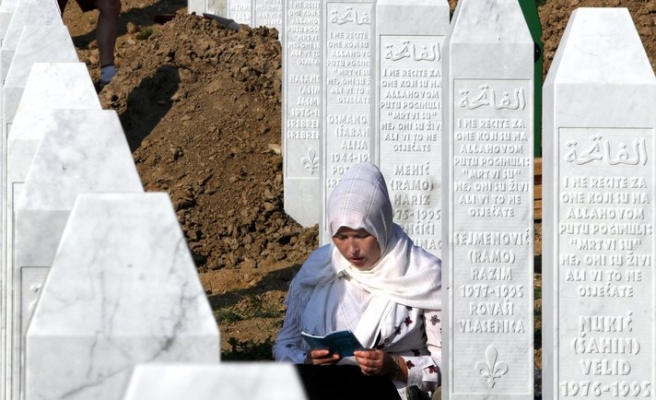 Bosnians have gathered on Wednesday to commemorate the 20th anniversary of the Markale massacre, where 68 people died and 144 were injured on February 5, 1994.

Zeljko Komsic, Chairman of the Presidency of Bosnia and Herzegovina, stated that Serbia is still denying responsibility for the massacre.

Komsic said that innocent civilians were killed and 'we will never forget what happened' in Markale.

Amela Omanovich, who lost her mother in the massacre, said that she tells her children every single day: “I still remember every minute."

“People’s screams and tears. Still in my mind remembering mortar shells were dropping in the middle of civilians,” she added.

Sead Durmo, who lost his brother at Markale marketplace, said: “I know the point where my brother was killed."

“I try to not come here but I have to come because I live close to marketplace. My brother’s son is 34-year-old now, still unemployed. Nobody cares about victims of the war.”

After the second attack, NATO started air strikes against Serbian forces that would eventually lead to an end of the war in Bosnia and Herzegovina.

Stanislav Galic, former commander of the Sarajevo-Romanija Corps of the Army of Republika Srpska, was found guilty of committing crimes against humanity and sentenced to life imprisonment by the Hague International Criminal Tribunal for the former Yugoslavia (ICTY) for his acts during Sarajevo siege.

Dragomir Milosevic, a former Bosnian Serb commander, was also convicted of war crimes and sentenced to 29 years in prison.

ICTY said in its decision that the Markale massacre is one of the most terrible acts committed during the siege.