Number of Syrian refugees in Bulgaria reached 4,500 and Bulgarian Interior Ministry stated that Bulgaria cannot afford to fence up the border with Turkey. 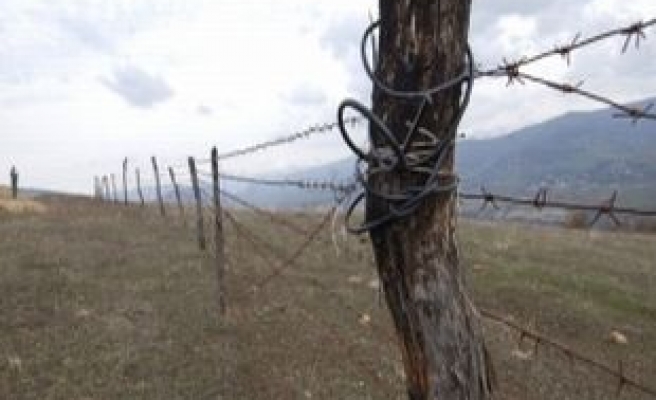 The number of Syrian refugees in Bulgaria has reached 4,500 and the Bulgarian Interior Ministry has stated that Bulgaria cannot afford to fence up the Turkish-Bulgarian border.

Speaking to Bulgarian National Radio (BNR) on Tuesday, Interior Ministry's Secretary General Svetlazar Lazarov stated that 53 out of the 80 refugees who illegally crossed the Turkey border into Bulgaria on one night were Syrians.

“In order to seal the 53 km of the border for illegal crossing, we should deploy 3,000 police officers and spend a sum amounting to five million Euros, which is impossible. Most of the refugees steered to Greece by sea but Greece has taken measures in her way to seal its border. Now we expect that the flow of refugees will head towards Bulgaria,” said secretary general.

Bulgaria earlier reported that it could host arround 5,000 refugees.

How are Syrians managing to get through the Turkish border in the east, literally cross the whole country and if that isn't enough, cross the Bulgarian border illegally. There is either a problem with Turkish Borders or they are being smuggled in and out of Turkey by a powerful and professional human trafficking organisation. Its probably both...