Chief Prosecutor Borislav Sarafov said that Mussa, a former Christian of Roma origin who converted to Islam in 2000 while working in Vienna, had preached surrounded by the ISIL flags. 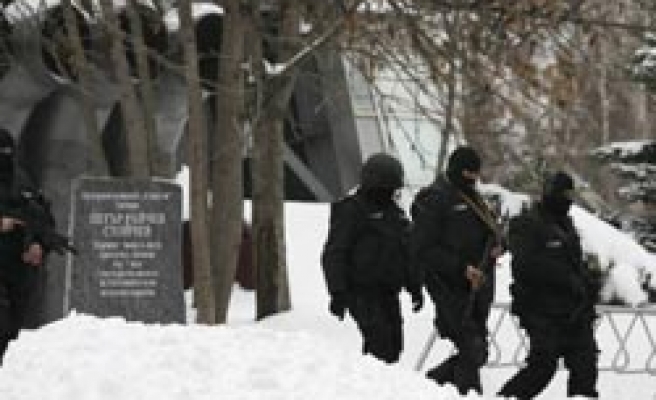 A Bulgarian imam and six others detained during a special operation by security forces earlier this week have been charged with supporting the ISIL, Bulgarian prosecutors said on Wednesday.

Charges against Muslim prayer leader Ahmed Mussa, five men and one woman include propagating an anti-democratic ideology and incitement to war, both verbally and with videos and images, Deputy Chief Prosecutor Borislav Sarafov said.

Bulgarian security forces raided more than 40 homes and a mosque in southern Bulgaria on Tuesday to seize books and computers in a special operation.

Some 26 people were held for 24 hours and 30 witnesses were questioned during the operation, conducted by more than 400 police officers, security agents, prosecutors and investigators.

"(Mussa) is an intelligent man, so he has accepted the prosecutors' decision and he has not expressed indignation regarding his detention," Elvira Pankova, Mussa's lawyer, told reporters.

Investigators discovered a large number of shirts, hats, flags and banners with the logo of the ISIL.

Sarafov said that Mussa, a former Christian of Roma origin who converted to Islam in 2000 while working in Vienna, had preached surrounded by the ISIL flags.

The imam had told his followers to be prepared to fight for "establishing a global caliphate," according to Sarafov.

He also said Mussa's group had attempted to recruit fighters for ISIL and that the crimes in question were committed between July 2014 and November 2014.

Mussa was sentenced to a year in jail for spreading radical Islam last March in a case seen as a test for the delicate relations between the country's minority Muslims and Orthodox Christian majority. He was freed pending an appeal.

Bulgaria is supporting a coalition to fight ISIL but has not taken an active military role.

Bulgaria is a rare European Union country where Muslims are not recent immigrants but a centuries-old community, mostly ethnic Turkish descendants of Ottoman rule that ended in 1878.

They make up about 12 percent of the 7.3 million population.