Enimehmedov was sentenced to three and a half years in jail for the threat but acquitted of attempted murder. 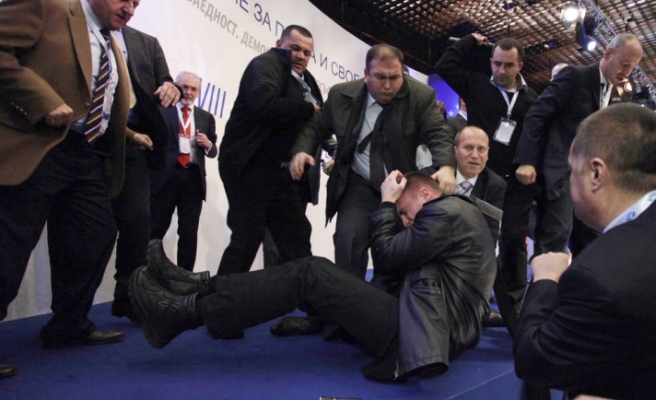 A 26-year-old Bulgarian was sentenced to prison on Wednesday for pointing a pistol at the head of a senior ethnic Turkish party member on stage at a party congress a year ago.

Ahmed Dogan, then leader of the Movement for Rights and Freedoms (MRF) party, part of Sofia's governing coalition, escaped unhurt when Oktay Enimehmedov, an ethnic Turk from the Black Sea town of Burgas, menaced him in January 2013.

Enimehmedov was sentenced to three and a half years in jail for the threat but acquitted of attempted murder. Prosecutors said they would appeal against the verdict.

His lawyers argued he had only tried to scare Dogan, who had led the MRF for 23 years before stepping down last year.

"Enimehmedov made three attempts to fire a shot," prosecutor Ilian Tochev said. "His goal was to kill Dogan."

The liberal MRF, a junior partner in the Socialist-led government, represents ethnic Turks and other Muslims who make up about 12 percent of the population of 7.3 million in the Balkan state, which entered the European Union in 2007. At present, Dogan is its honorary chairman.