GERB has expanded its lead in opinion polls over its main rival, the Socialist party, ahead of an election on Oct. 5 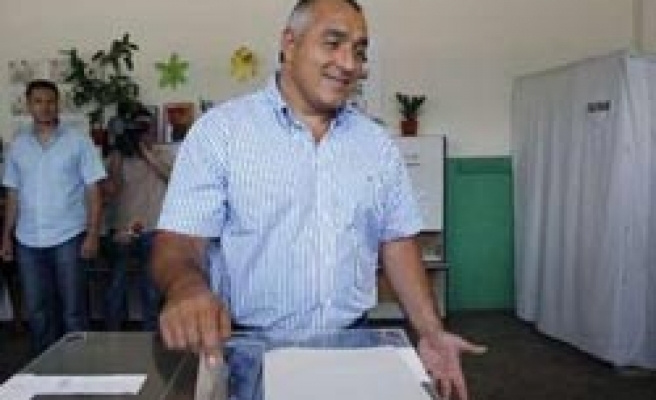 GERB has expanded its lead in opinion polls over its main rival, the Socialist party, ahead of an election on Oct. 5, which was called after the Socialist-led government stepped down in July.

The Socialists' one year in power was marked by massive anti-corruption protests, floods and a banking crisis. They also did poorly in May's European elections.

GERB's leader Boiko Borisov, speaking to more than 14,000 supporters in Sofia, promised to spend over 2 billion levs (1.32 billion US dollar) to boost the energy efficiency of communist-era concrete apartment blocks - home to some 700,000 households in the country, the EU's poorest member state.

"The households will be able to pay 40 percent less for electricity and heating and the lifespan of these buildings will be expanded by about 30 years after the overhaul," Borisov said.

GERB also plans to double the number of households eligible for energy benefits in the country, where electricity bills eat up huge chunk of people's incomes, especially during the winter.

Centre-right GERB was itself was in power until February 2013 when it fell following protests against low living standards and high utility bills.

Bulgaria has been dogged by two years of political instability, which prompted Standard & Poor's to downgrade its sovereign credit rating to one notch above junk in June.

Brussels last year blocked payments on EU-funded projects in the country worth more than 1.0 billion euros following concerns over public procurement deals in one of the EU's most corrupt countries.

Borisov pledged to unlock the payments and boost the struggling economy - forecast to grow by up to 1.6 percent this year - to help to increase low living standards in the country, where average monthly pay is about 400 euros.

GERB plans to keep the country's corporate tax rate unchanged at 10 percent, but will give the municipalities the right to increase the flat income tax rate by 2 percentage points to 12 percent.

On Friday, Socialists said they would seek to scrap the flat income tax and introduce a graded system if they win.

Borisov also said Bulgaria would back a Gazprom-led South Stream gas pipeline project only if it got the EU's nod and would review a deal with Westinghouse to build a new nuclear reactor.