"The contract will be cancelled. We will carry a new procedure based on European rules, which will be transparent and clear," GERB leader Borisov said 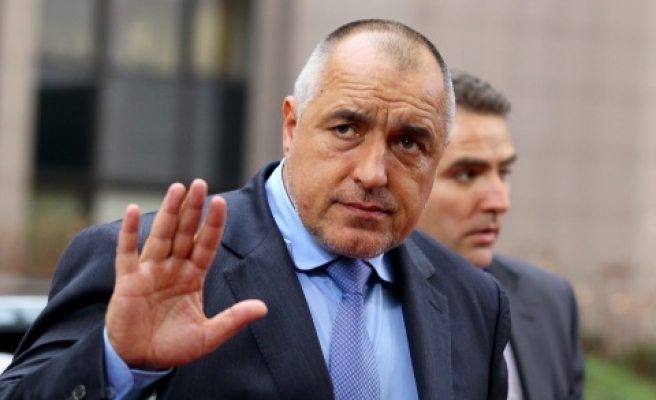 Bulgaria's main opposition party would cancel a contract awarded to a consortium led by Russia's Stroytransgaz, a company owned by sanctions-hit businessman Gennady Timchenko, to build the Bulgarian section of the Russian-led South Stream gas pipeline.

That position was laid out on Wednesday by Boiko Borisov, the leader of Bulgaria's GERB party which is tipped to win a national election that could be as held as early as July.

Bulgaria has walked a diplomatic tightrope over the fate of the South Stream project, which has thrust the small Balkan state into the centre of a standoff between its former Cold War ally Russia and the European Union over energy supplies.

The project is led by state-controlled Russian gas exporter Gazprom, intending to pump natural gas across the Black Sea to Europe and bypass Ukraine, with which Russia is currently locked in an acrimonious dispute over prices - as well as a broader battle over political influence since the ouster of Kiev's pro-Russian government earlier this year.

Bulgaria, the European Union's poorest member state, is almost entirely dependent on Russia for its energy supplies and would be a major beneficiary of the pipeline.

But it is loathe to risk punishment by the EU, a bloc it joined in 2007 and which has joined with the United States in imposing sanctions against some Russian individuals and entities over its government's actions in Ukraine.

A company joint-owned by Gazprom and the Bulgarian state chose the Stroytransgaz consortium for a construction contract worth more than 3.5 billion euros ($4.8 billion) in May. But Prime Minister Plamen Oresharski's government has since bowed to pressure from Brussels to stop construction.

The fate of the contract is now also hostage to Bulgarian domestic politics, as Oresharski's government will likely collapse in a matter of days or weeks and its likely successor said on Wednesday it would cancel the deal if elected to power.

"The contract will be cancelled. We will carry a new procedure based on European rules, which will be transparent and clear," GERB leader Borisov told national radio in an interview from Washington.

Borisov, Bulgaria's prime minister until he was toppled by street protests in early 2013, said he supported the pipeline if it was built according to the EU's rules, but he has accused the government of mishandling the project.

Oresharski will address parliament on Friday to spell out the government's position on the project.

Timchenko was included in a list of Russian officials and businessmen targeted by U.S. sanctions over Russia's annexation of Crimea.

The European Commission has asked Sofia to suspend work on South Stream pending a decision on whether the project complies with EU law. Separately, Washington has warned that Bulgarian companies working on the project could be hit by sanctions.

Oresharski's government faces a no-confidence vote in parliament on Friday and is expected to resign soon, after the ruling Socialist party lost heavily to GERB in the European Parliament elections in May.

Once the government resigns, Bulgaria's president is expected to appoint a caretaker government until the election.

"If the tensions between the EU and Moscow over Ukraine ease, and if Bulgaria complies with EU demands for the tender and other concerns the EU has for the pipeline, then it (South Stream) may happen," said Ilian Vasilev, an energy consultant with Innovative Energy Solutions and a former Bulgarian ambassador to Moscow.

"The chances however are small for the time being," he said. "An interim government appointed by the president is certain to keep work on the project frozen until all issues with Brussels are cleared."