Mustafa Hadzhi was reelected on Sunday as Chief Mufti of Bulgaria, at a conference at a session of the country's Muslim officials> He was the single candidate. 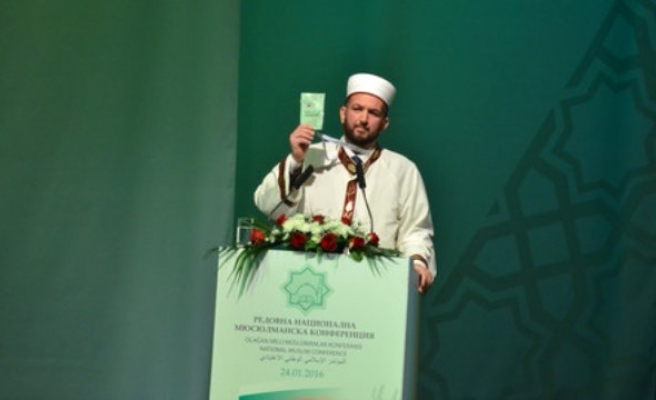 More than 1200 delegates to the National Muslim Conference from across Bulgaria re-elected Mustafa Hadzhi as Chief Mufti on January 24 2016.

The 53 year old was was first elected Chief Mufti in 1997 at a conference meant to unify the Muslim community following the post-communist era disputes and held this post until 2000, the expiry of his term of office. He was then elected president of the Supreme Muslim Council. When his term of office in that post expired, in 2003 he was chosen as head of the Supreme Muslim Institute. In 2005, he was again elected as Chief Mufti.

There are three Islamic high schools in Bulgaria in Ruschuk, Shumnu and Mestanlı as well as a Higher Education Islamic Institute in Sofia who are sponsored by the Directorate of Religious Affairs of Turkey.

The event took place amid claims that the Muslim leadership of Bulgaria is "illegitimate". Nedim Gendzhev, a former Chief Mufti, has contested its right to act as Bulgarian Muslims' supreme institution since the 2000s.