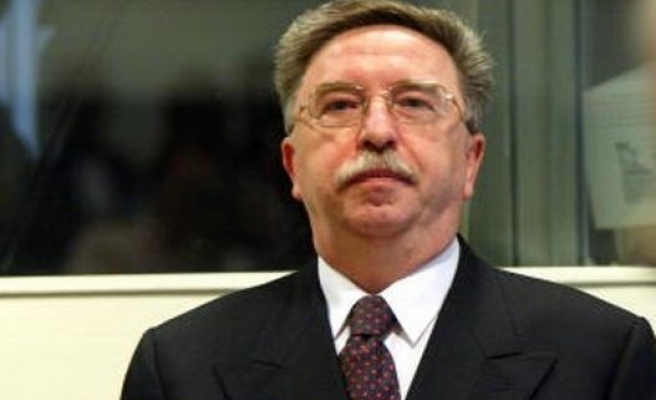 Appeals judges have shortened the sentences of three former Serbian officials jailed for war crimes committed during the Kosovo conflict, overturning convictions for specific instances of murder and sexual assault.

Thursday's ruling leaves just a handful of cases still unfinished at The Hague tribunal set up at the height of the wars that followed the bloody breakup of Yugoslavia from 1991, which saw some of Europe's worst atrocities since the end of World War Two.

The three men, and a fourth whose sentence was left unchanged, had been convicted in 2009 of jointly carrying out a plan to unleash a wave of violence against the ethnic Albanian majority in Kosovo, which was then a province of Serbia.

During the conflict, which was brought to an end by a NATO bombing campaign in 1999, thousands of ethnic Albanians were forcibly deported, raped or murdered by Serbian forces.

Nikola Sainovic, who had served as prime minister of Serbia for a year in the early 1990s, was a deputy prime minister with responsibility for Kosovo affairs at the time of the conflict.

Judges upheld the bulk of the four men's convictions, saying they should have known that war crimes would be committed as a result of their plan to use a campaign of terror and violence to forcibly displace ethnic Albanians.

"The appeals chamber is satisfied that ... it was foreseeable to Mr Sainovic that murders could be committed and that he willingly took that risk," said presiding judge Liu Daqun.

His sentence was cut from 22 to 20 years' imprisonment after appeals judges quashed convictions for specific cases of murder committed by Serbian forces in the province. Two senior military officers, Sreten Lukic and Vladimir Lazarevic, also had their sentences shortened, to 20 and 14 years respectively.

All four will soon be transferred from the tribunal's jail in The Hague to a prison in one of the countries that have agreed to enforce the sentences. Time spent in custody since surrendering to the court - 11 years in Sainovic's case, about eight years for the other three - will be deducted from their sentences.

Two of the remaining cases on appeal at the tribunal involve the July 1995 massacre in the Bosnian town of Srebrenica, when more than 8,000 Bosnian Muslim men and boys were murdered and then dumped in mass graves by Bosnian Serb forces seeking to carve out an ethnically pure Serb state.

Ratko Mladic, the Bosnian Serb military leader, and Radovan Karadzic, the political leader of the Bosnian Serbs, are still on trial, facing charges of crimes against humanity and genocide committed during the Bosnian war, which ended in 1995.