Sanader has denied any wrongdoing and MOL has also rejected all allegations of bribing Sanader. 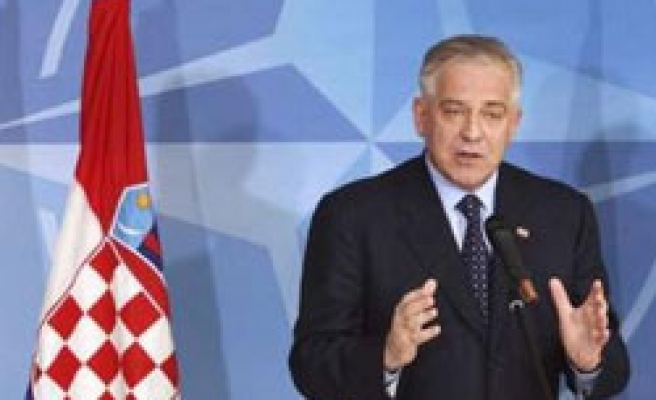 According to a statement published on the state prosecutor's website, Sanader took 10 million euros ($13.5 million) from MOL. The prosecutors have also handed over documents implicating "a high ranking MOL official" to the Hungarian authorities for further investigation, the statement said.

Local media have reported that the investigation targeted MOL's Chief Executive, Zsolt Hernadi. Sanader has denied any wrongdoing and MOL has also rejected all allegations of bribing Sanader.

"Sanader is indicted for agreeing in 2008 with a high-ranking person from MOL to do everything necessary to secure MOL an unjustifiably dominant position in INA in exchange for 10 million euros," the prosecutor's statement said.

Sanader is also accused of striking a deal under which Croatia would take over INA's loss-making gas trading business. The government and MOL redefined their shareholders' agreement in early 2009.

MOL owns 47.46 percent of INA and holds an option for further 1.6 percent. The Croatian government owns 44.84 percent. Last year MOL failed in its attempt to become the majority owner of INA and relations between the two biggest shareholders have been strained recently over management rights.

This is the second indictment against Sanader, 58, who led the government from 2003 to 2009, when he stepped down without explanation.

Last month he was charged with taking a bribe in 1995 to facilitate a loan deal with Austria's Hypo bank, smoothing the bank's access to the Croatian market. Sanader was a deputy foreign minister at the time.

There are four other ongoing investigations against Sanader related to graft and abuse of office. The former prime minister is the most senior state official to answer corruption charges since Croatia gained independence from Yugoslavia in 1991. He has been held in a prison in Zagreb since Austria extradited him in early July.