Zoran Milanovic had been due to visit Belgrade on Dec. 16 for a gathering of leaders from central and eastern Europe and China. 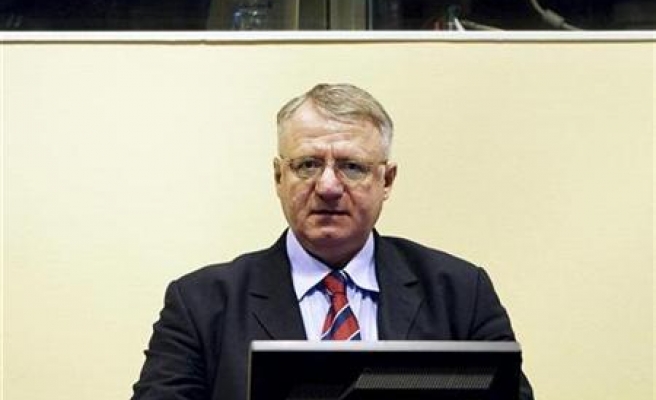 Croatia's prime minister said on Friday he had scrapped a planned trip to Serbia next month due to Belgrade's failure to distance itself from comments made by a Serbian ultra-nationalist recently freed from a U.N. war crimes tribunal.

The Hague-based U.N. tribunal released Vojislav Seselj on grounds of ill health before it had reached a verdict in his trial for atrocities committed in Croatia and Bosnia during the violent breakup of the former Yugoslavia. Seselj, who suffers from cancer, had been in detention for nearly 12 years.

After his return to Serbia on Nov. 12, Seselj was hailed as a hero at a rally of some 5,000 supporters. He has said he still believes in the 'Greater Serbia' ideology that fuelled the wars in Bosnia, Croatia and Kosovo two decades ago.

"I would have gone (to Belgrade) but for the recent events," Milanovic said, referring to a meeting of leaders from central and eastern Europe and China set for Dec. 16.

"All I am asking is that you say 'this (Seselj's comments) is not good, this is evil and I am distancing myself from this'. For some reason this government won't say that and in these circumstances it would be ridiculous for me to go there".

Croatia fought a war with its rebel minority Serbs backed by Belgrade, including Seselj's militia, from 1991 to 1995.

Serbian President Tomislav Nikolic and Prime Minister Aleksandar Vucic were both members of Seselj's Radical Party. They quit in 2008, five years after Seselj surrendered to The Hague, and have embraced the cause of joining the EU.

Vucic has tried to play down the significance of Seselj's comments.

"There is nothing in today's Serbia that connects this government and Vojislav Seselj, about whom I don't even want to talk," Vucic said on Thursday.

Serbia's interior minister, Nebojsa Stefanovic, told the Tanjug state news agency on Friday: "Regional cooperation is important to us ... That the Croatian premier would like to meddle in the choices of the Serbian people and the politicians they choose says more about him than about us."