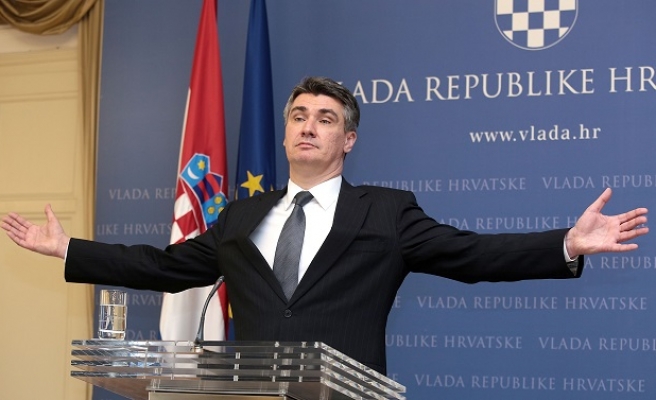 Croatia will allow free passage of refugees across its territory, Prime Minister Zoran Milanovic said Wednesday as a first group entered the EU member state from Serbia since Hungary sealed its borders.

"They will be able to cross Croatia and we have been working intensively on that," Milanovic told lawmakers during a regular parliament session. "We are ready to accept and direct those people -- their religion and skin colour is completely irrelevant -- to where they apparently wish to go  ... Germany, Scandinavia."

Milanovic spoke as earlier Wednesday some 150 Middle Eastern refugees crossed into Croatia from Serbia, its neighbour to the east.

"These people are here ... they do not want to come to Croatia or Hungary either and that is why I do not understand where is the problem of letting them pass through that country," he said, strongly criticising Hungary, which borders Croatia to the northeast.

"I don't approve the (refugee) policy of Budapest, I consider it harmful and dangerous. Not that the walls that are being erected will stop anyone, but they are also sending a horrible message. A fence in Europe in the 21st centry is not an answer but a threat."

President Kolinda Grabar-Kitarovic called a crisis meeting of the country's top security body, the National Security Council, which could be held either on Friday or next Tuesday.

The former Yugoslav republic has some 6,000 border police deployed.

Its border with Serbia lies some 100 kilometres (60 miles) west of the capital Belgrade across flat terrain that is relatively easy to traverse.

Local media have warned of the dangers from mines remaining in the region from the Balkan wars of the 1990s.

More than 550 square kilometres (210 square miles) -- nearly one percent of Croatia's territory -- is thought to be riddled with mines left over from the conflict.

However Croatia's de-mining agency stressed that areas where mines remain are clearly marked with warning signs.

Since the start of the crisis the Croatian authorities have urged solidarity with refugees, recalling its own role in accommodating hundreds of thousands of refugees and displaced people during the 1990s Balkans wars.

Croatia has said it is prepared to take in some 3,000 refugees.