Croatian PM: "Serbia cannot join the EU with such a law" 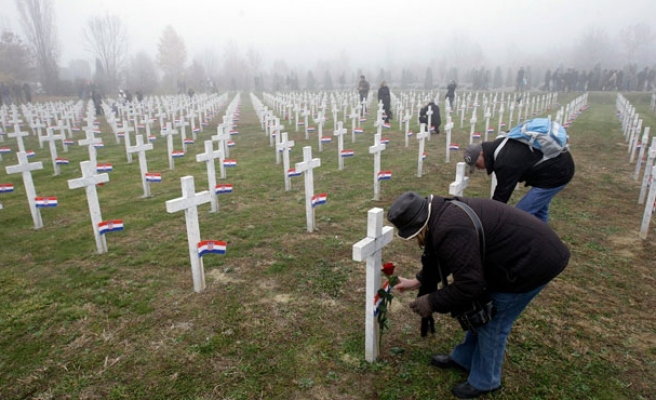 Croatia will block Serbia from joining the European Union unless it changes a law that allows Belgrade to prosecute Croatians for war crimes committed against Serbs in Croatia, Prime Minister Zoran Milanovic said on Thursday.

Croatia seceded from Serb-dominated federal Yugoslavia in 1991 and fought a war of independence against a Belgrade-backed rebel Serb minority until 1995. More than 15,000 people were killed in the conflict.

Croatia, which joined the EU in 2013, says it supports Serbia's efforts to enter the bloc too but Milanovic's comments signalled progress may yet prove rocky. Serbia has formally begun EU accession talks but is unlikely to become a full member of the 28-nation bloc before 2020 at the earliest.

"I think it is a matter of common sense to state right away: Serbia cannot join the EU with such a law, Croatia will not allow it," Milanovic, who faces a tough fight for re-election later this year, told a cabinet session.

"It's the principle of 'the same treatment for all'. There can hardly be a compromise here. We only want our neighbours to be the same as everyone else."

Any EU candidate country must be unanimously approved by all member states before joining the bloc.

He argued that other countries exercised so-called "universal jurisdiction" for grave violations of international law.

"This law has been in force in Serbia for years. It is clear that the Croatian government chose this moment for political reasons and not because there was a real need," Vukcevic's office quoted him as saying in an emailed response to a Reuters request for comment.

EU members are required to cooperate on judicial matters. Under the European Arrest Warrant, an EU country can ask for extradition of a foreign citizen suspected of committing a crime on its soil.

Milanovic's cabinet cited the case of Veljko Maric, a Croatian war veteran who was arrested in Serbia in 2010 and sentenced to 12 years in prison for killing a Serb in Croatia in 1991. Justice Minister Orsat Miljenic said requests to hand the case over to Zagreb, and then for Maric to serve his sentence in Croatia, had "fallen on deaf ears".

The United Nations' highest court ruled on Tuesday that neither Croatia nor Serbia had committed genocide during the conflict in Croatia, ruling on genocide suits brought by Zagreb in 1999 and Belgrade in 2010.