Rob Zomer, a former Dutch soldier served with the UN force during the Bosnian war and settled in Srebrenica, spoke to AA. 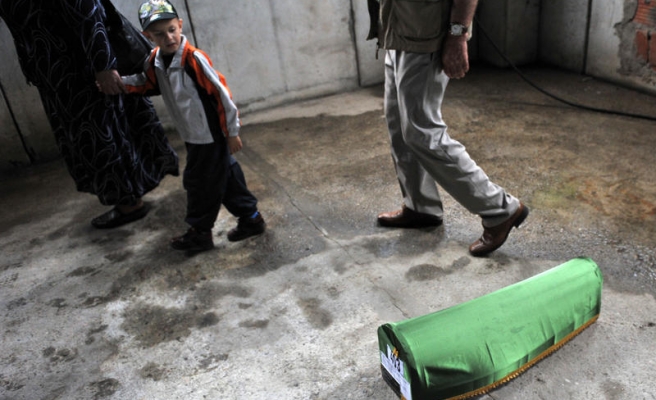 Rob Zomer, a former Dutch soldier served with the UN force in Srebrenica during the Bosnian war, has been living in Srebrenica spoke to Anadolu Agency (AA) on 18th year of the massacre.

Reminding that the Dutch soldiers have been accused of tolerating the massacre, Zomer said it was not true because around 350 soldiers serving in Potocari had not have authority for any kind of interference.

"We were not authorized for interference. We were only ordered to pass our observations to higher officers," said Zomer, adding "Besides, for example I was sharpshooter with an old rifle with 20 bullets. There was no way to do something with such a rifle."

Zomer also added they demanded help from UN before July 11, however high level officials did not approve such a support.

Zomer said they also tried to help those people who sheltered in an old acumulator factory in Potocari after the Serbs occuppied the city.

"I have heard the mass massacres one month after I returned to Holland in August 1995. I thought it was impossible. But later on as I saw the videos, I was convinced," said Zomer.

Stating that he decided to settle in Srebrenica in 2010, Zomer said, " I have a story in here. Some people do not accept me because of my previous post. Sometimes they insult."

He added, "Bosnians from Srebrenica accuse Dutch soldiers because of 1995 events. So, I can not go to Potocari."

Zomer emphasized that not everybody thought that way, and said he formed friendships with Bosniaks and Serbs.

Troops under the leadership of former Serbian commander Ratko Mladic now being tried in The Hague for war crimes in former Yugoslavia, entered to Srebrenica which was declared as UN safe zone and killed around 8000 men wihtin few days. Dutch soldiers working with UN in Srebrenica, turned tens of thousands of Bosniaks sheltering in an old acumulator factor which was used as UN headquarter to the Serbian soldiers.