The former head of the Bosnian Serb parliament was convicted of forcing tens of thousands of Muslims and Croats from their homes in the 1992-95 Bosnian war. 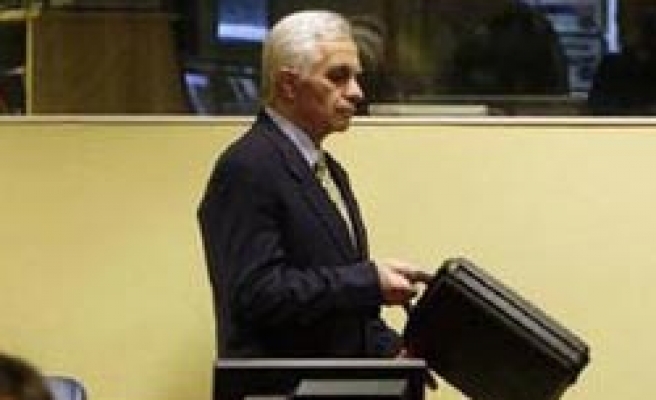 The Yugoslavia war crimes tribunal has denied early release to the former head of the Bosnian Serb parliament, convicted of forcing tens of thousands of Muslims and Croats from their homes in the 1992-95 Bosnian war.

The International Criminal Tribunal for Yugoslavia (ICTY) said Momcilo Krajisnik, who is in prison in Britain, would have become eligible for parole under British law on April 2 after serving half of his sentence.

Judge Patrick Robinson wrote in the ruling that he "has displayed some evidence of rehabilitation", but added: "I am of the view that the very high gravity of Mr Krajisnik's offences is a factor that weighs against his early release."

Moreover, the ICTY said in its unanimous ruling dated on Monday, but made public on Tuesday, that the practice of the tribunal was that convicted persons could only become eligible after serving at least two-thirds of their sentences.

Krajisnik was initially sentenced to 27 years imprisonment, but that was reduced on appeal to 20 years in March 2009.

In October, former Bosnian Serb President Biljana Plavsic was released from a Swedish prison, two-thirds into an 11-year jail term, and has since returned to Serbia.

The tribunal's decision to allow her release had been met with protests by relatives of victims of the war.