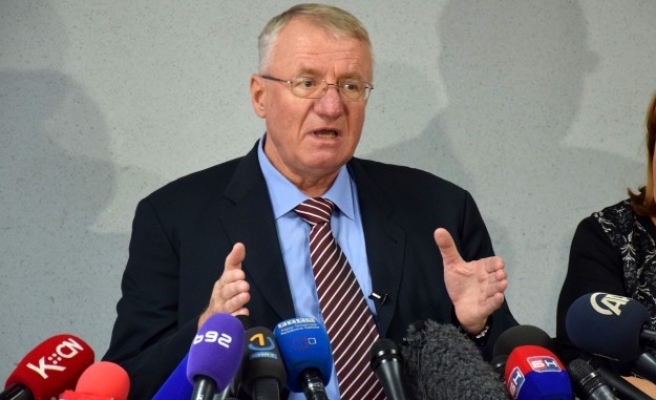 Seselj was temporarily released by International Criminal Tribunal for the former Yugoslavia which has detained him for alleged war crimes.

"The European Parliament strongly condemns Seselj’s warmongering, incitement to hatred and encouragement of territorial claims and his attempts to derail Serbia from its European path,” the resolution stated.

The resolution also calls on Serbian authorities to investigate whether Seselj violated Serbian law, and to apply the punishment for hate crimes.

The resolution included a demand to the International Criminal Tribunal for the Former Yugoslavia in The Hague “to re-examine the existence of requirements for Seselj's provisional release."

Seselj said he was proud of the accusations in the resolution, as well as of a similar resolution taken by the Croatian Parliament.

"Croatian MPs started a war and nearly strangled each other in Parliament. I am very proud of the Croatian Parliament's declaration, and will be even more proud when the European Parliament adopts a resolution against me and my political activity," Seselj said at a press conference in Belgrade.

Seselj added that he would not return to the International Tribunal of his own free will. Serbian authorities would have to return him to the tribunal by force.

Seselj was released by the tribunal in the Hague to receive chemotherapy treatment for colon and liver cancer. He returned to Belgrade on November 12.

Vucic told to reporters that "this is a disturbing and disappointing decision for Serbia."

Vucic also stated that he would not tolerate the humiliation, and that this decision is not due to Serbia's weakness, it is a result of success.

"Serbia is now not insignificant, not a small bag of sand as it used to be," added Vucic.