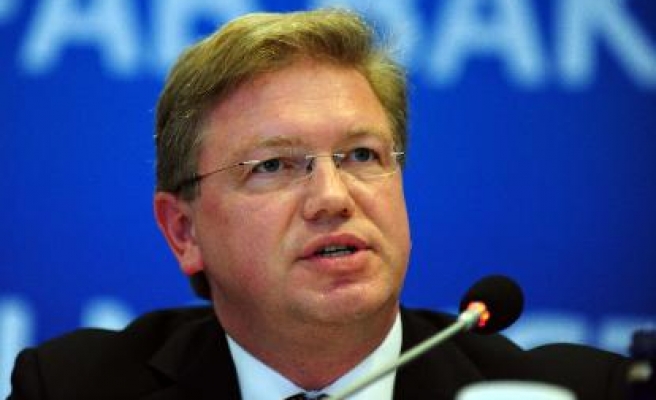 It is a shame that Bosnia and Herzegovina lags behind other countries in its European Union (EU) accession bid, EU's top enlargement official said Tuesday.

In a press conference after talks with high-level Bosnian officials, Stefan Fule held Bosnian politicians responsible for failure in implementing the 2009 European Court of Human Rights (ECHR) ruling in the "Sejdic and Finci case” regarding ethnic discrimination, among the obstacles on Bosnia's EU path.

Dervo Sejdic and Jakob Finci, of Roma and Jewish background, respectively, contested the state provision that only ethnic Bosniaks, Serbs and Croats can be elected as members of the presidency and parliament, and opened a case against Bosnia at the ECHR.

Fule criticized the country for engaging in empty talk on the matter rather than undertaking concrete efforts for a real solution.