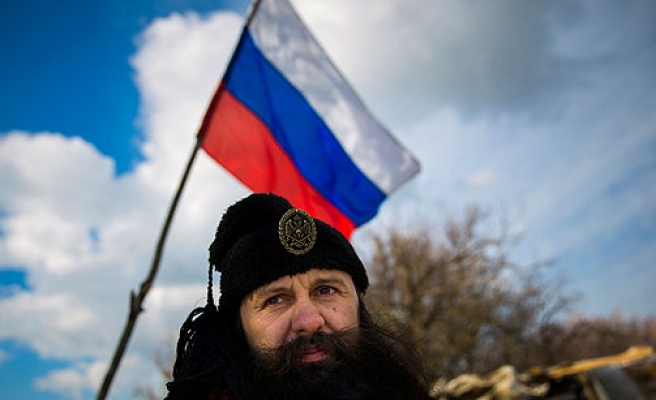 Russian soldiers parachuted into open fields in western Serbia on Friday as part of an unprecedented joint military drill that has stirred controversy in the European Union candidate-country given the West-Russia standoff over Ukraine.

The one-day anti-terrorist exercise, around 50 km (30 miles)from Serbia's border with NATO-member Croatia, illustrated the balancing-act Belgrade faces; safeguarding relations with its big-power ally while pursuing closer integration with Europe at a time of deep West-Russia tension.

Troops of the U.S. Ohio National Guard are expected to take part in exercises in southern Serbia later this month.

Friday's exercise, a mock assault on a terrorist base planned since early 2014, involved around 200 Russian troops with armoured vehicles, deployed by Ilyushin IL-76 transport aircraft.

It was Serbia's first such joint drill with Russia since the end of its state union with Montenegro in 2006.

Explosions reverberated and thick smoke billowed across the fields as Russian APCs opened fire with 30 mm cannon and guided missiles - possibly an uncomfortable sight for the Ukrainian military attaché who was present.

"No secrets about this drill," Serbian Defence Minister Bratislav Gasic said, responding to suggestions that the government had tried to keep the exercise low-profile to avoid upsetting Western allies.

"People in Serbia are concerned about how we'll preserve neutrality, but no one abroad is asking us that," he said.

Serbia is not a member of NATO but does cooperate with the Western alliance. It says it has no plans to join NATO, reflecting deep resentment among Serbs since the alliance waged an 11-week air war to drive Serbian forces from the then southern province of Kosovo in 1999.

Serbia relies on Russia's veto in the United Nations Security Council to block Kosovo's bid to join the world body having declared independence in 2008 with Western support.

Belgrade is, however, embarking on talks to join the EU, and faces increasing pressure to align its foreign policy with that of the 28-nation bloc, which has imposed sanctions on Russia over what Western powers say is a military intervention in support of pro-Russian rebels in eastern Ukraine.

Friday's drill followed a visit to Belgrade by Russian President Vladimir Putin last month, when he attended a military parade to mark the 70th anniversary of Belgrade's liberation from the Nazis by Soviet forces and Partisan guerrillas.