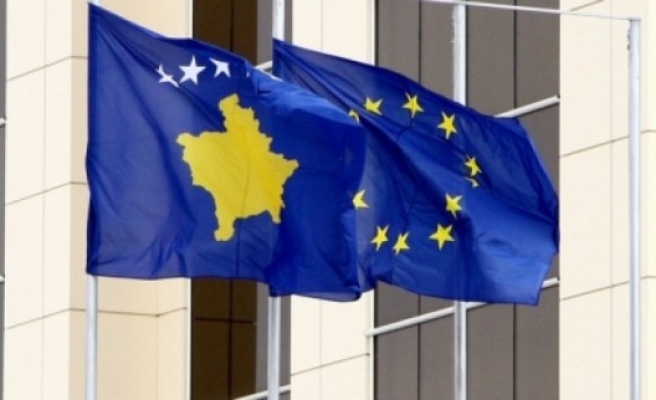 The European Union signed a long-awaited accord with Kosovo on Tuesday that will lead to closer ties and could open the way to EU membership for the small Balkan country.

Kosovo declared independence from Serbia in 2008 after years of tensions following the breakup of Yugoslavia in the 1990s and has made EU membership a key objective.

"This agreement is opening a new phase in the EU-Kosovo relationship. It represents an important contribution to stability and prosperity in Kosovo and the region at large," Mogherini said at the signing.

The Stabilisation and Association Agreement is the first key step for non-EU countries on the long road towards membership of the bloc, which currently groups 28 nations.

It requires the country concerned to ensure that its governance and civil society norms -- for example on human rights and the judiciary -- are brought up to EU standards.

It also involves a commitment to improve trade relations, with candidate countries having to open up their economies progressively in return for EU help.

Some EU member states had reservations about Kosovo's rights record but felt it was better to have them on board than not, EU sources told AFP previously.

Serbia refused to recognise Kosovo after its 2008 breakaway and championed the rights of its large Serb minority but 23 of the 28 EU member states, plus the United States and many others did so.

Anxious to ensure stability in its neighbourhood, the EU brokered a normalisation accord between Kosovo and Serbia in 2013, clearing the way for membership talks with Belgrade and negotiations on the association agreement with Pristina.

The EU is preoccupied by the situation in the Balkans, which has become a key route for migrants and refugees fleeing war in the Middle East and North Africa. Kosovo itself is a source of migrants into the EU.