EU shuts the door on Kosovans dreaming of a new life

The exodus of Kosovans is not just a refugee issue but also a large number of people from conflict-free countries in the Balkans who are looking to escape the region's poverty and high unemployment rates. 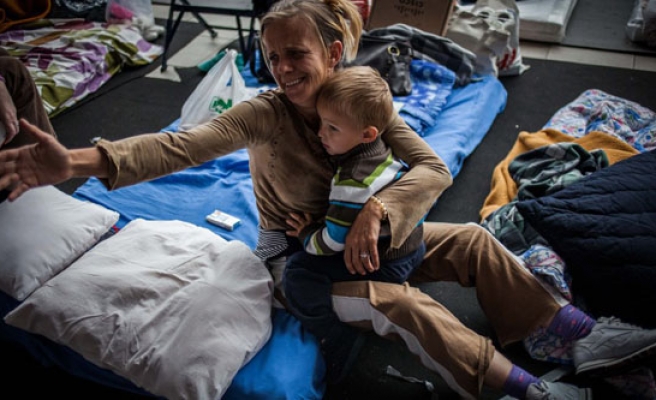 They don't come from a war zone, they're not fleeing persecution, and the EU doesn't want them. But for thousands of Kosovans fleeing unemployment and poverty, northern Europe is the only place to go.

As Europe creaks under the weight of a massive influx of refugees and migrants, it is the plight of those fleeing bloody conflicts in the Middle East that have captured the public's attention.

But among the masses are thousands from the Balkans escaping economic misery.

"There is no law or regulation that can prevent the poor, the unemployed and the hungry from trying to find a better life," says 26-year-old Mirnije Fejzullahu, an out-of-work lawyer from Pristina.

"If it is not possible here, they will seek it in the European Union," she told AFP.

Like many Kosovans, Etem Bajrami has no job but must still find a way to feed his two young children, and he sees no future for his family in this impoverished country of 1.8 million.

"Here, nobody cares about our destiny," says this 29-year-old technician.

"That's why I will try to travel to the EU."

Many are hoping to reach Germany, which is seen by many as the promised land.

'Earn while you wait'

Since late last year, Kosovo has witnessed an exodus of an estimated 50,000 people, driven out by an economic crisis in a country where where four out of 10 people live below the poverty line and unemployment stands at around 40 percent.

It is the biggest number of departures since the end of the 1998-1999 war, reflecting widespread disillusionment among the population just seven years after Kosovo broke away from Serbia and declared independence.

Despite heavy investment in infrastructure, Pristina has failed to establish a clear and effective economic policy, leaving it heavily dependent on international aid.

Such widespread hardship has provided fertile ground for human traffickers.

Many people have simply given up and hit the road west, with Eurostat figures showing that in 2014, Kosovo was the third biggest source of asylum requests after Syria and Afghanistan.

Even though less than one percent of asylum requests from the Balkans are accepted, it hasn't curbed the flow of people willing to try.

"Once the (asylum) demand is filed, you are waiting but while waiting for the answer you are earning money," one migrant told AFP, speaking on condition of anonymity.

"Germans pay your stay at the reception centres, a monthly sum that far exceeds our income at home," he said.