The EU urged Serbia and Kosovo to start negotiating but Belgrade has still insisted to refuse recognising Kosovo as independent. 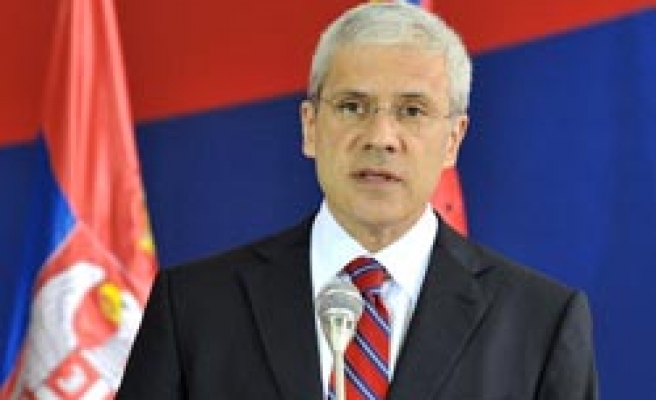 The EU urged Serbia and Kosovo on Monday to start negotiating but Belgrade has still insisted to refuse recognising Kosovo as independent, stressing the incentive of eventual EU membership.

Both Serbia and Kosovo hope to join the bloc one day, but European Union diplomats say they will struggle to make progress if their relations remain poor.

A non-binding ruling by the International Court of Justice last week that Kosovo's 2008 secession did not violate international law should be seen as an opportunity to bridge differences, EU foreign policy chief Catherine Ashton said.

"What I have offered to Pristina and Belgrade is that the future of both lies in the European Union ... I hope they will want to come forward and start discussions," Ashton told a news conference after a meeting of EU foreign ministers.

The bloc has struggled to find a common position towards Serbia, which applied for membership in December, and Kosovo.

"Anything that affects the territorial integrity of a country has to be dealt with through negotiations, not unilateral declarations of independence," Cypriot Foreign Minister Markos Kyprianou said before the ministers' meeting.

Many governments are reluctant to allow Serbia to take new steps towards membership unless it shows better cooperation with the United Nations tribunal investigating war crimes committed during the collapse of former Yugoslavia.

Diplomats say it may be months before EU states agree on pushing Serbia forward, with some likely to demand it catches war crimes suspects first.

On Monday, Serbia's parliament began debating a resolution calling for new talks on the status of Kosovo at the United Nations, in a step that could further aggravate relations.

Kosovo's Albanian majority backed by the Western countries declared independence in 2008 nine years after Serbia moved ethnic cleansing in a 1998-1999 war. Nato stopped the Serbian forces in a 78-day bombing.

Kosovo is recognized as an independent state by 60 countries from mostly European Union and also Muslim countries around world such as Turkey, Saudi Arabia.