EU president is due to 'travel to Vienna, Ljubljana, Zagreb, Skopje and Athens from the 1st to the 3rd of March to continue building a European consensus on how to handle the migration crisis' 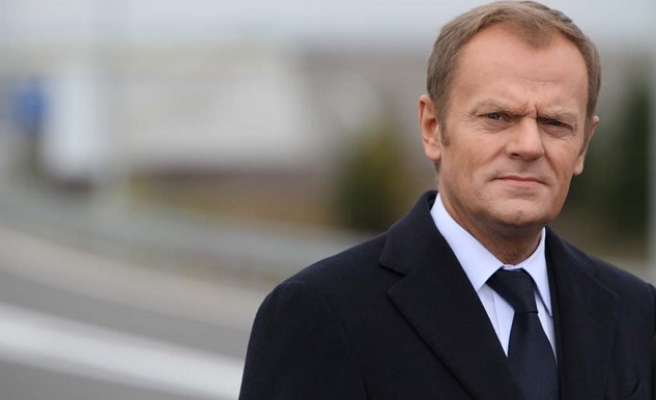 EU president Donald Tusk will visit the Balkan states next week seeking to heal deep divisions over how to tame Europe's refugee crisis, his office said Friday, with Austria and Greece at loggerheads,

More than a million people fleeing war in Syria and turmoil across the Middle East arrived in the European Union last year, mostly crossing from Turkey to Greece. And the influx shows no sign of slowing despite a November accord with Ankara meant to impose a halt.

Greece recalled its ambassador from Austria in protest at being excluded from a meeting of states on the main refugee route through the Balkans to discuss border controls, which Vienna says are necessary because Athens has failed to meet its responsibilities.

"President Tusk will travel to Vienna, Ljubljana, Zagreb, Skopje and Athens from the 1st to the 3rd of March to continue building a European consensus on how to handle the migration crisis," a statement issued by his office said.

The trip will help prepare for a crucial summit with Turkey on March 7 to review progress on the November agreement, and for an EU summit on March 17-18 which is likely to be dominated by the refugee crisis.

The statement said Tusk, who heads the European Council of the 28 member states, will also meet NATO chief Jens Stoltenberg and the EU's Frontex border head in Brussels on next Friday.

The refugee crisis has exposed sharp divisions, with many taking the law into their own hands and re-imposing border controls in the hope of controlling the flood of refugees.

Doing so threatens Europe's Schengen passport-free zone which most belong to, and also causes havoc as a border closure in one country strands thousands of refugees on the other side in a knock-on effect, as in the case of Austria and Greece.

The statement recalled remarks by Tusk earlier this week who warned: "There is no doubt we need to restore Schengen. It will cost money, take time and require a huge political effort."

"We must avoid having a battle between plans A, B and C. It does not make any sense, as it only creates divisions within Europe without bringing us closer to a solution," he told the European Parliament.

"There is no good alternative to a comprehensive European plan."