A gas explosion, triggered by an earthquake in central Bosnia traps 34 miners on Friday. 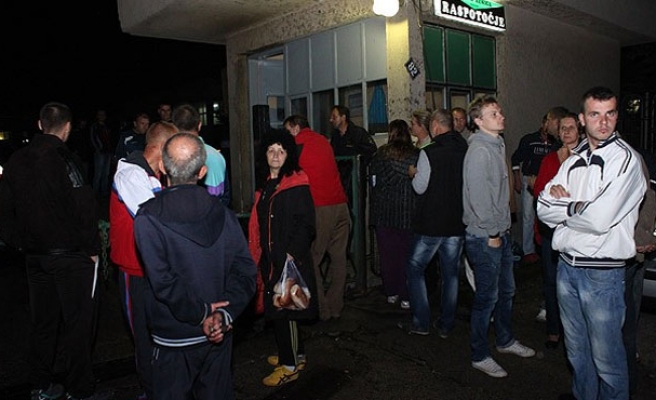 Five Bosnian miners were confirmed dead on Friday, a day after an earthquake triggered a collapse at the Raspotocje mine, as emergency teams helped 29 others to the surface.

The manager of the mine, Esad Civic, said a total of 34 miners had been trapped 500 metres (1,600 feet) below ground by Thursday's rock burst.

"The mining accident in the Raspotocje pit is a huge tragedy for all of Bosnia and Herzegovina. We lost five lives, unfortunately," Nermin Niksic, the prime minister of Bosnia's autonomous Bosniak-Croat federation, told the Fena news agency.

Thursday's 3.5-magnitude earthquake near the central Bosnian town of Zenica caused rocks in the nearby mine to fracture explosively, officials said.

Thirty-nine miners died in a rock burst in Raspotocje in 1982, and Civic said two previous rock bursts at the mine this year had injured 16.

Dozens of relatives, some complaining about the mine's safety record, waited anxiously inside the rundown socialist-era complex for news of their loved ones, according to a Reuters reporter at the scene.

"We are worried so much," said 12-year-old Maida Isakovic through tears as she waited for her father Fejzo to come out.

Their faces blackened by coal dust, several miners were stretchered to emergency vehicles as soon as they emerged, while others were able to walk unaided.

Thursday's 3.5 magnitude earthquake hit the central town of Zenica, causing rocks in the nearby mine to fracture half an hour later, blocking parts of the mine, officials said on Friday.

Civic said the mine was one of the best equipped in the region before the collapse of the Yugoslav federation. But it had been damaged by shelling during the Bosnian war and not upgraded since.

It was the site of major accident in 1982 when 39 miners died in a rock burst.