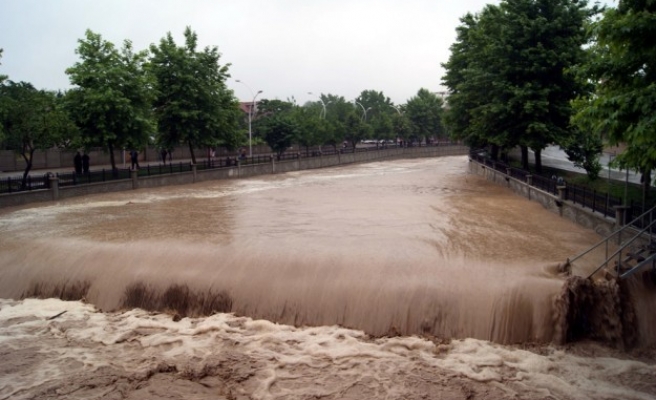 Three people have been killed after floods swept through northern Albania.

A 63-year-old man and his 23-year-old daughter died after their car was carried away by floodwaters as they drove along a mountain road, the Ministry of Internal Affairs of Albania said on Wednesday.

The bodies of the pair were found in a canal two kilometers (1.2 miles) away from the scene of the accident, which happened after torrential rains triggered widespread flooding the night before, ministry officials said.

A 23-year-old man died on Tuesday evening in the same area 45 kilometres (28 miles) north of the capital, Tirana, after a bridge collapsed as he was crossing it on a motorbike.

Several houses in northern Albania and Tirana were still flooded on Wednesday and some areas were threatened by landslides.

The Albanian Armed forces and the Government of Albania dispatched rescue teams to aid those affected by floodwaters.