The refugees from Somalia and Afghanistan were hit by a Macedonia-Serbia train in canyon. Refugees are now increasingly turning to Balkan route to W.Europe 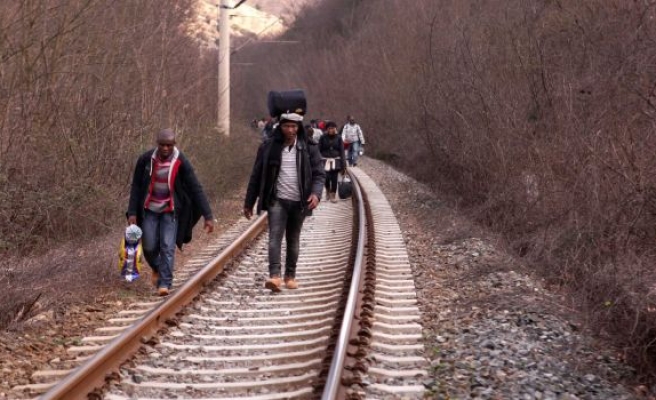 Fourteen refugees were hit by a train and killed in central Macedonia late on Thursday as they walked through a canyon along an increasingly well-trodden Balkan route for migrants trying to reach western Europe.

The accident happened at around 10.30 p.m. (2030 GMT) near the central city of Veles. Rescue efforts were hampered by difficult terrain, with the site of the accident accessible only by foot or railway.

Macedonia's state prosecutor said that from interviewing survivors it appeared most of the group were from Somalia and Afghanistan.

Migrants fleeing war, poverty and repression in the Middle East and Africa are increasingly turning to theBalkans as a land route to western Europe, longer but deemed safer than trying by boat across theMediterranean.

Up to 900 went down on a single boat on Sunday off the coast of Libya, a major staging point for migrants heading for Europe.

The Macedonian prosecutor confirmed the 14 deaths and said rescue services found no injured migrants at the site, an area called Pcinja north of Veles and near the Vardar river.

Local media reported that the group numbered around 50. They were hit by an international train travelling from the southern Macedonian border town of Gevgelija to the Serbian capital, Belgrade, the same route taken by migrants trying to get from Greece to Hungary.

"The driver saw a large group, dozens of people," the prosecutor said in a statement.

"At that moment, he took action to stop the train and engage the siren, at which point some people left the tracks. The train was unable to stop before hitting and running over some of them."