Germany says Bosnia's unity must not be questioned

Bosnia can only move towards closer ties with EU as a united country, Germany's foreign minister said. 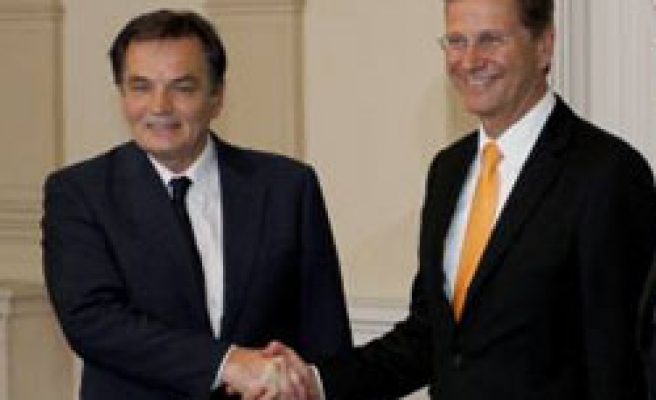 Bosnia, split into two autonomous regions at the end of a three-year war in 1985, can only move towards closer ties with the European Union as a united country, Germany's foreign minister said on Friday.

The leadership of the Serb Republic, one of the two regions, threathened the government of secession from Bosnia after the world court ruled in July that Kosovo's decaration of independence from neighbouring Serbia was legal.

"The road to the European Union goes only through the central government and unity," Guido Westerwelle told a news conference in Sarajevo on the last day of a Balkans tour that ends in Kosovo.

"I want to stress clearly that the sovereignty and territorial integrity of Bosnia-Herzegovina must not be questioned," Westerwelle told reporters on Friday. "Bosnia-Herzegovina has only one European Union perspective, not many."

Bosnian Serbs have done little to enable the central government created by the 1995 Dayton deal to function and have threatened to call a referendum on secession, encouraged by nationalist politicians in Serbia.

Rather than cooperate with the Muslim-Croat federation which forms the other part of Bosnia, the Bosnian Serb leaders in Banja Luka still look to their wartime ally Serbia, for whom the Kosovo ruling was a major blow.

Serb Republic Prime Minister Milorad Dodik did not show up for a meeting Westerwelle had on Thursday with national and regional leaders. Earlier on Thursday Westerwelle delivered a tough message in Belgrade, telling Serbia to acknowledge the reality of Kosovo's independence if it wants to join the EU.

Westerewelle said the Balkan country should pursue political and economic reforms and must revise its constitution after Oct. 3 elections to make it more functional and to help it move forward with a view to closer EU ties.

"Constitutional reform should allow for limiting ethnic groups in their potential to prevent state-level decision making. Federalism has to be more functional," said Westerwelle.

Last year Bosnian leaders rejected a constitutional reform proposal by the EU and the United States aimed at granting more powers to the central government. Bosnian Serbs opposed the plan because they feared a loss of autonomy.

Serbia, Montenegro, Macedonia and Albania have applied for EU membership and Croatia is close to obtaining it.

Later on Friday, Westerwelle plans to visit Kosovo, which at present has no clear path to EU membership because five EU members do not recognise its independence.