Papandreou reshuffled his cabinet early on Tuesday to try to better deal with the debt crisis. 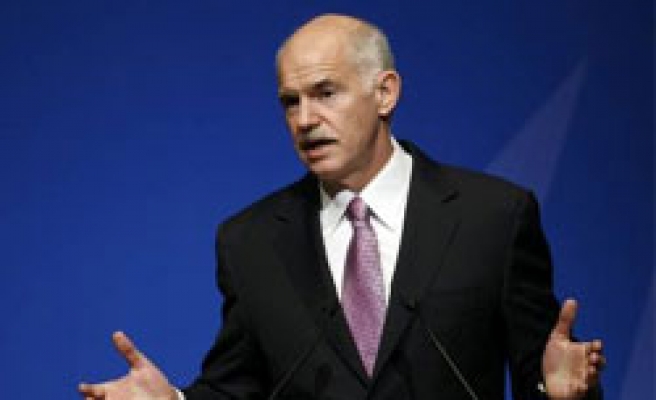 Greek Prime Minister George Papandreou reshuffled his cabinet early on Tuesday to try to better deal with the debt crisis and signalled he would stay the fiscal course by leaving his finance minister unchanged.

Less than a year since coming to power, Papandreou switched several ministers around in an effort to improve ministries dealing with economic growth and chronic problems such as health and social security, but brought few new faces to his cabinet.

"The new cabinet will be sworn in at noon," said government spokesman George Petalotis, announcing the changes at 1:35 am (2235 GMT on Monday) after hours of deliberations.

Municipal elections across the country on Nov. 7 had forced some changes as three deputy ministers will run for local office and must be replaced. Papandreou took advantage of the vote to conduct a wider reshuffle.

The changes are not expected to affect spending cuts and tax hikes required in a 110 billion euro ($140 billion) IMF/EU bailout, with Finance Minister George Papaconstantinou staying in place.

After plunging into its first recession in 16 years, Greece's economy is expected to shrink 4 percent this year, with salary cuts and tax hikes stifling consumption. Unemployment and inflation have soared.

The government is anxious for social peace as austerity sinks in after the summer and many analysts predict unrest as Greeks return from holidays to face a tough winter.

People have already taken to the streets, angry at the belt tightening measures and impunity for the corrupt politicians they hold responsible for the crisis, with protests turning violent and killing three people in May.