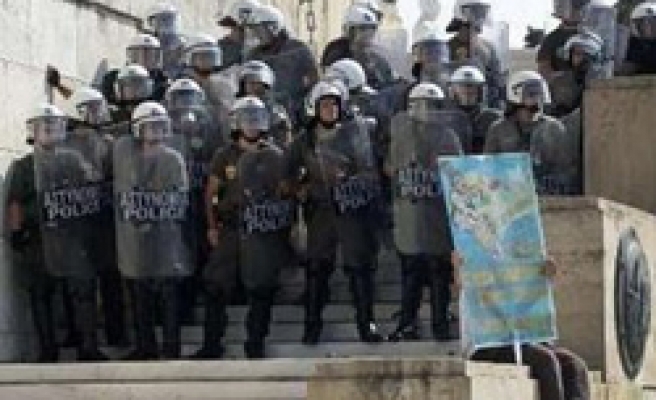 Greek private sector workers will not strike against austerity measures anytime soon but the government must be aware rising unemployment may spark unrest, a union leader told Reuters on Thursday.

"We have staged so many strikes, yet the tough policies, the ones prescribed by the (EU/IMF) memorandum have been implemented and there are no obvious alternative solutions," GSEE president Yannis Panagopoulos told Reuters. "There are no plans for a general strike in the immediate future."

This would ease pressure on the government, which has struggled to implement EU and IMF prescribed austerity measures and reforms in exchange for 110 billion euros ($147.4 billion) aimed at helping the country avert bankruptcy.