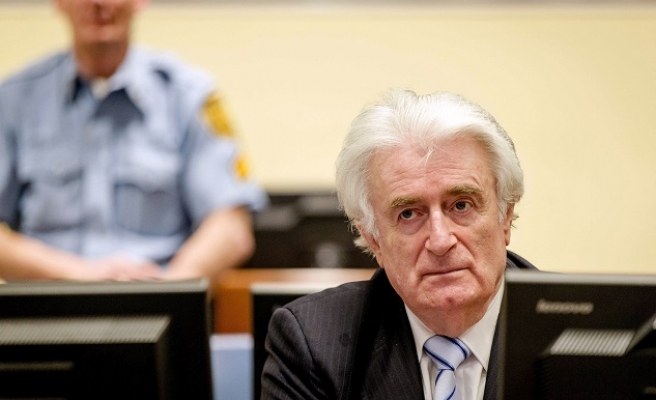 Karadzic was also found guilty of nine other charges including murder and persecution, but in a blow to thousands of victims, he was acquitted of genocide in seven Bosnian towns and villages during the 1992-1995 war.

UN judges threw out another of two charges of genocide against Radovan Karadzic as it began to deliver a landmark verdict against the former Bosnian Serbian leader.

The court said it "did not have the evidence to find beyond reasonable doubt that genocide was committed in these municipalities" during the 1992-1995 Bosnian war.

Karazic, also known as "Butcher of Bosnia",  was "criminally responsible" for the murder and persecution of Bosnian Muslims and Croats during the 1990s war, UN war crimes judges said Thursday.

Reading out the verdict and before pronouncing whether he was guilty or not on 11 charges, the judge said it was clear that Karadzic, who was at "the apex of" the Bosnian Serb leadership, bore "individual criminal responsibility" for murder, persecution as well as the hostage-taking of UN peacekeepers.