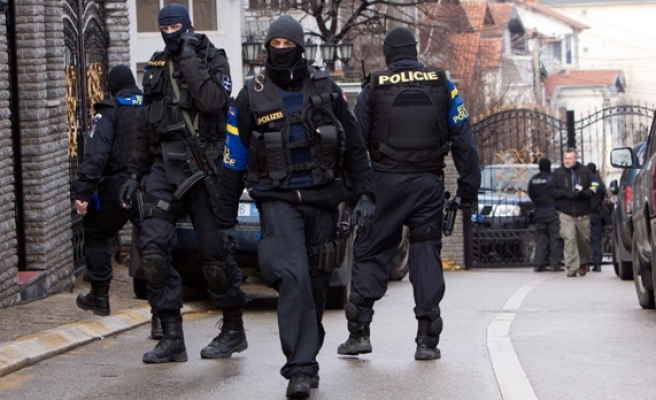 Kosovo police said Wednesday that they arrested two men charged with recruiting and providing funding to fighters for the ISIL group.

One suspect, a businessman identified as F.R., had provided backing for many young Kosovans to become ISIL fighters, and some of them have died in Iraq and Syria, the police said.

A second man identified as P.D. was arrested in Prizren, south of the capital Pristina. He is suspected of recruiting two ISIL militants who were stopped by police and prevented from leaving the country in December.

Police say about 300 Kosovars have joined ISIL and more than 50 have been killed. More than 100 people have been arrested or are being investigated for recruiting or participating in the fighting in Syria and Iraq.

Under a new law, which allows prison terms of up to 15 years for taking part in foreign wars, a Kosovo court last week jailed a man for three years for joining ISIL.