Kosovo has been guarded by NATO-led peacekeeping troops since it broke away from Belgrade in a bloody separatist war in 1998-99. 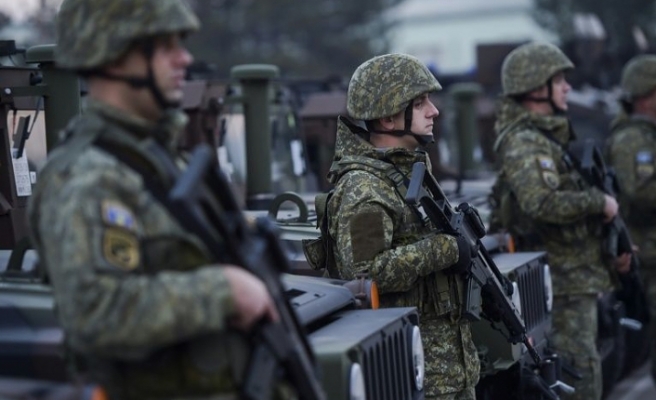 Kosovo on Friday passed laws to build an army, asserting its statehood in a move that has angered Serbia, which does not recognise the former province's independence.

The new laws will transform a small crisis-response outfit, the Kosovo Security Force (KSF), into an defence army with 5,000 troops.

"This vote today begins a new era for our country. From this moment we officially have the army of Kosovo," parliamentary speaker Kadri Veseli announced as MPs hugged each other after the session, boycotted by minority Serb politicians.

The vote has delighted many Kosovo Albanians, with several hundred gathering in Pristina's main square to celebrate the army as a new pillar of their independence, which was declared in 2008.

"This is an enormous emotion, we are happy that the creation of our country is being completed," Vlora Rexhepi, a 23-year-old student, told AFP as a group of musicians dressed in traditional costumes played for the crowd.

Writing on Facebook, Kosovo's President Hashim Thaci hailed the army vote as "the best gift for the end of the year season.

"After two decades of hard work, we are finally closing down the state-building process," he wrote.

- Serbia will 'stay peaceful' -
While the move is a mostly symbolic flaunting of Kosovo's sovereignty, Serbia -- which still considers the former province a renegade territory -- has castigated the move as a threat to regional stability.

Responding in Belgrade, Serbia's Prime Minister Ana Brnabic said it was "a hard day," but that her country would "stay on its path of peace and prosperity".

In particular, Belgrade has been sounding the alarm over the safety of 120,000 Serbs still living in Albanian-majority Kosovo, mainly in the north near their contested border.

Those Serb communities are loyal to Belgrade and also broadly against the army plan. Several hundred students protested Friday in the Serb-half of the city of Mitrovica.

"Peace, safety and security in this region were attacked by Pristina today in the rudest way," said Goran Rakic, a Serb political leader in the segregated city. But he urged local Serbs to "exercise restraint".

NATO, which has four members that do not recognise Kosovo, said the move was "ill-timed" and that the alliance would now need to "re-examine" its relationship with the KSF.

But the organisation remains committed to the international peacekeeping force, KFOR, which it has led in Kosovo since the war with Serbia, said NATO chief Jens Stoltenberg.

Washington has publicly supported the army process and will assist with training and arms, according to Kosovo officials.

Many Kosovo roads were adorned with US flags ahead of the vote.

In the segregated city of Mitrovica however, the Serb-dominated north flew Serbian flags.

- Faltering talks -
While the US Embassy affirmed its support for KSF's evolution in a statement Friday, it urged Kosovo and Serbia to take "immediate steps to lower tensions" and make progress in their ongoing dialogue.

The neighbours have struggled to make progress in faltering EU-led talks to normalise their ties -- a condition for either to eventually join the bloc.

Their relationship took a serious plunge last month after Kosovo slapped a 100-percent tariff on Serbian goods in retaliation for Belgrade's attempts to undermine its standing on the world stage.

Serbia has blocked Kosovo from various international organisations, including the UN, and also lobbied foreign governments to revoke their recognition of its statehood.

Analysts say the army move is also partly an attempt by Kosovo's government to make up for recent setbacks.

Another source of widespread public frustration is the lack of visa-free travel status in the European Union, which other Balkan states enjoy.

"After the failure to join Interpol and visa liberalisation, the transformation of the KSF is their only card left," said political analyst Imer Mushkolaj.

"This is why they are trying to push forward this process by any means necessary."

The new laws will keep KSF's name but change its mandate to "defence of the country".

That allowed the government to bypass creating an army through constitutional changes, which would have required the support of Serb MPs. 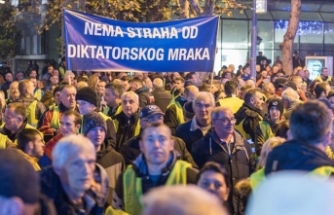