Kosovo lifted its ban on trade with Serbia last week under a European Union-mediated deal. 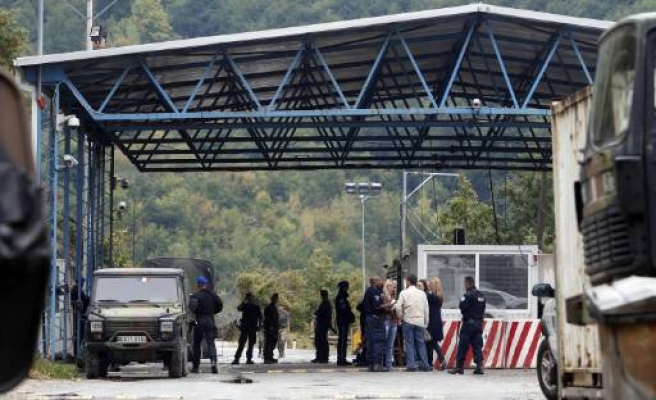 Kosovo police have charged 13 Serb truck drivers with illegally crossing the border in the north of the country, a police official said.

The drivers were from the Eurokop company in Serbia's southwestern town of Raska and were carrying lead concentrate from the Trepca mine and smelter which is based in the Serb-controlled area of Kosovo's northern city of Mitrovica.

A dispute over customs and control of two border crossings on the border between Kosovo's north and Serbia has led to a trade ban, violence and blockades.

Pristina has tried to deploy its own customs and police there and replace local ethnic Serb officers.

"They used illegal border crossings to enter Kosovo from Serbia. A total of 18 people were taken for questioning but five were released later and 13 were detained," Kosovo police spokesman Besim Hoti said late on Wednesday.

"They were detained while they were at a customs terminal in the (ethnic Albanian-controlled) southern Mitrovica," said Jovan Dimkic, the head of Trepca's Serb-run section.

Dimkic said the drivers were using what he described as "alternative border crossings" -- dirt tracks in the mountainous area that separates Raska municipality and northern Kosovo.

However, two key border crossings and roads between Kosovo's north and Serbia remain blocked by local Serbs who want ethnic Albanian customs and police to be withdrawn.