Kosovo Prime Minister Hashim Thaci welcomed the news in Pristina and even revealed the name of the team's flag bearer in Rio. 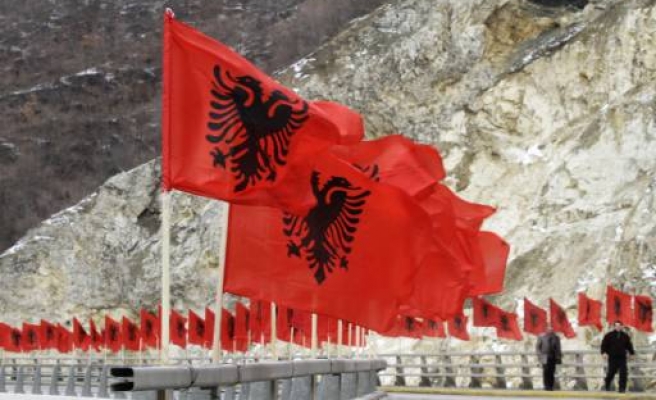 The region, which declared independence from Serbia in 2008, a decade after NATO went to war to halt the massacre and expulsion of Albanians by Serbian forces waging a two-year counter-insurgency under late strongman Slobodan Milosevic, became the 205th member of the IOC

Belgrade refuses to recognise Kosovo, saying the territory, which has a majority Albanian population, is a heartland of the Serbian nation and the country's Olympic committee launched a protest in October when Kosovo was granted provisional IOC recognition.

"We see this decision as unacceptable and unprincipled, therefore maintaining that it contravenes the Olympic Charter," Dacic said in a statement.

"The act represents a biased politicisation of sport, while the International Olympic Committee, a universal organisation dedicated to the development of sport and the promotion of understanding and friendship, has assumed the role of a political arbiter.

"The Republic of Serbia maintains that the International Olympic Committee should not be a forum making controversial political decisions, but rather a body which should yield unity and understanding instead of creating new divisions."

"As a sports minister, I maintain the decision is not good, primarily for international sports, because it gives room for future precedents that could jeopardize world sports," Udovicic said in a statement.

"What are the motives to make such a decision and grant full membership to a so-called state, not recognised by the United Nations?"

Although IOC recognition is usually preceded by United Nations recognition of the state, it is not a prerequisite.

"It had never been done before and it comes the year before the Olympic Games taking place in Brazil, a country which has not recognised Kosovo as an independent state," said Udovicic.

"I regret that sport has become a field for politically motivated decisions and it will be very difficult to preserve the basic principles of sport in the future after this kind of precedent.

IOC President Thomas Bach said the Serbian Olympic Committee had accepted Kosovo's recognition and there was no official protest against the decision.

"The Serbian Olympic Committee President (Vlade Divac) expressed that he is not happy with the decision but he accepts it in the interest of the athletes," Bach said.

"This gave me the opportunity to thank Mr (Vlade) Divac publicly for this true sportsmanship and that he is putting the individual interests behind the interest of athletes of Kosovo."

Divac, an Olympic medalist and former NBA basketball player, said late on Tuesday he expected such a decision given Kosovo had been granted provisional membership back in October.

Asked if Serbian athletes would compete with those from Kosovo in competitions, he told reporters: "Yes, of course, because we have to be part of the society.

"Personally, I had a similar situation when we (Yugoslavia) were banned from competing in the 1992 Olympics, so I insist that we look at this issue with sporting eyes and let the politicians do their job."

Kosovo Prime Minister Hashim Thaci welcomed the news in Pristina and even revealed the name of the team's flag bearer in Rio.

"Congratulations Kosovo and all athletes," Thaci said on his Facebook page. "Our flag will wave at the Olympic Games in Rio and will be held by (judo champion) Majlinda (Kelmendi)."

Kosovo is recognised as a country by 108 of the 193 UN Member States.