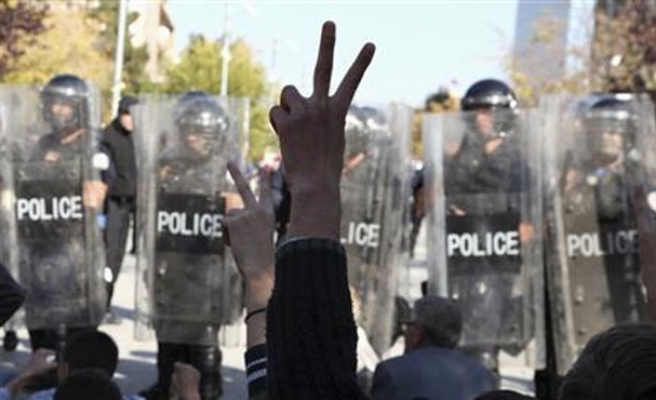 An ethnic Serb minister in Kosovo's government was fired on Tuesday to try to avert more violent protests over a remark he made last month that offended the Balkan country's ethnic Albanian majority.

The remark was one of the triggers last week for the worst unrest in Kosovo's seven years as an independent state, with police and protesters fighting running battles in the capital, Pristina.

Among those protesting were mothers of Kosovo Albanians killed in Kosovo's 1998-99 war in which the former Serbian province broke away from Belgrade.

Opposition parties had called for another protest on Wednesday.

But on Tuesday, Kosovo Prime Minister Isa Mustafa, facing a turbulent first two months in office, told a news conference Jablanovic was out.

"From today, minister Jablanovic is not anymore part of the cabinet," he said, refusing to elaborate. The opposition cancelled the protest.

Jablanovic, speaking to a local television station, said the decision was "unacceptable" and that his Serb List party would decide on its position within Mustafa's ruling coalition within the next few days.

The coalition commands enough seats in parliament to survive a Serb withdrawal, but the constitution requires at least one cabinet minister to be from the Serb minority.

Jablanovic had apologised for his remark, but that did little to placate protesters also angry at the government after backing down on a pledge to take control of a huge mining complex also claimed by Serbia.