Kosovo's Foreign Minister issued a call Thursday at the United Nations for greater diplomatic recognition of his country. 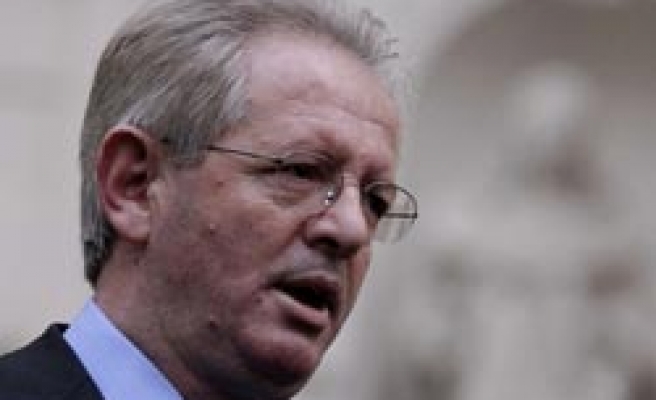 Kosovo's Foreign Minister issued a call Thursday at the United Nations for greater diplomatic recognition of his country.

A week after The Hague-based International Court of Justice (ICJ) ruled that Kosovo's 2008 declaration of independence from Serbia was legal according to international law, Hyseni met with representatives from numerous UN member states, at UN headquarters in New York.

"It is dozens of countries that have promised me personally ... that they will recognize Kosovo after the ICJ ruling," Skender Hyseni told reporters at U.N. headquarters.

"It is this (that) makes me optimistic about the immediate future as far as further recognitions for the new state of Kosovo are concerned," he said.

Hyseni said Kosovo has renewed its campaign to enlist more countries in its quest for sovereignty and membership in the United Nations. To date, 69 nations have recognized it.

Hyseni was to meet with Secretary-General Ban Ki-moon on Monday and address a Security Council session on Kosovo on Tuesday.

He declined to give a precise figure for how many countries would recognize Kosovo by the end of the year, but nodded affirmatively when asked if it would be more than 100.

Serbia has vowed never to accept Kosovo's independence and plans to step up diplomatic campaign to stop more countries recognizing it as a state.

Serbia's powerful ally Russia has pledged to use its veto power on the U.N. Security Council to block Kosovo's membership bid.

Serbia has said it would send envoys to 55 countries to deliver a personal message from President Boris Tadic calling on them to reject Kosovo independence.

Ambassadors in another 40 capitals will do the same, Foreign Minister Vuk Jeremic has suggested.

Serbia risks progress towards its goal of joining the European Union if it maintains its defiance on Kosovo, blocking Pristina's membership in regional bodies and barring goods and people with Kosovo documents from entering its territory.

EU calls for dialoge on Kosovo independence, Serbia not happy