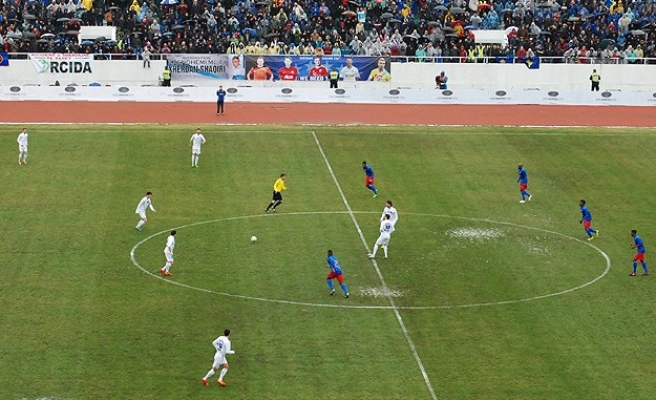 Kosovo’s national soccer team on Wednesday drew 0 - 0 with Haiti in a historical first international match for the country, six years after the former Yugoslav region declared independence from Serbia.

Kosovo faced Haiti in a friendly at the Adem Jashari Olympic Stadium in Mitrovica city, northern Kosovo, after the fixture was given the green light by FIFA, football's international governing body, two months ago.

Kosovo’s Prime Minister Hashim Thaci said this was a victory for Kosovo regardless the outcome of the game.

The Kosovan team didn’t display any national symbols or play a national anthem in line with FIFA requests as, like Kosovan clubs, the national team remain excluded from official or qualification matches so long as its football association stays outside FIFA and UEFA.

FIFA President Sepp Blatter has made it clear that Kosovo cannot join the football family before the country is recognized by the United Nations.

Although Kosovo is currently recognized by 108 states, including the U.S., Britain, France, and Germany, full U.N. membership is impossible as it remains unrecognized by China and Russia who are Serbia’s close allies with veto rights on the U.N. Security Council.