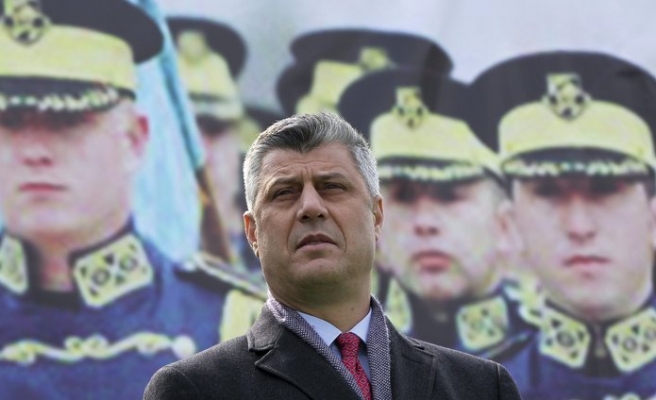 Three opposition parties in Kosovo said on Tuesday they had united and planned to form a government, trying to undercut Prime Minister Hashim Thaci's bid for a third term after his party won an election but was left seeking partners.

The second-placed Democratic League of Kosovo (LDK) said it had reached a coalition deal with the Alliance for the Future of Kosovo (AAK) of former resistance commander Ramush Haradinaj and a small party led by defectors from Thaci's Democratic Party of Kosovo (PDK). They said Haradinaj would be prime minister.

Though he won the election, Thaci will struggle to form a parliamentary majority without the support of at least one of the parties that on Tuesday said they would unite to deny him a third four-year term.

In a statement likely to infuriate Thaci's supporters, the parties said they had "decided to give the country a government that will restore hope."

Together, they took around 40 percent of the vote, but can count on a larger share of seats in the 120-seat parliament.

The PDK won with 31 percent, in an election marked by low turnout among Kosovars frustrated with poverty and corruption six years after seceding from Serbia.

Reacting to the news, Deputy Prime Minister Hayredin Kuci, a close ally of Thaci, said: "They are violating the constitution."

According to the opposition agreement, Haradinaj, who briefly served as prime minister in 2004-2005 before quitting to stand trial for war crimes in The Hague, would head the government.

He has twice been acquitted by the Hague-based United Nations tribunal for the former Yugoslavia on war crimes charges stemming from a Kosovo Albanian resistance in 1998-99, when NATO intervened with air strikes to halt a brutal Serbian response.

Kosovo became a ward of the United Nations and declared independence in 2008 with the backing of the West.