Kosovo PM calls on Serbs to vote in elections

Kosovo's PM Thaci stressed the importance of the first ever local elections in northern Kosovo, which has a sizable Serb population. 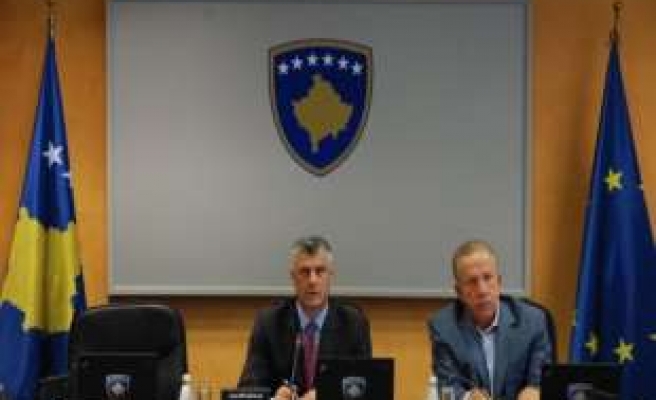 A day before the start of campaigning for the local elections in Kosovo, Prime Minister Hashim Thaci publicly called on Serbs to participate in the voting for their local leaders.

"One day before the beginning of the campaign for the local elections 2013, allow me to -- as prime minister -- congratulate all the citizens of Kosovo for having this possibility to continue and deepen our democracy, and to congratulate all the members of the political parties, groups and individuals who will participate in the elections," Thaci said.

Thaci expressed his hope that the elections would be fair and democratic, stressing the importance of the first-ever local elections in northern Kosovo, which has a sizable Serb population.

"This is the first time we are able to organize elections in the territory of the entire state, and that was a reality created by the agreement reached in Brussels this April," Thaci said.

Kosovar and Serbian leaders agreed on the normalization of relations, and part of the agreement concerns the elections scheduled for November 3.

Kosovo, a former province of Serbia, declared independence in 2008. Serbia has agreed to normalize relations but it still refuses to recognize Kosovo's statehood.

The election campaign will start on October 3, and last until November 1.

More than 100 political subjects registered for the upcoming elections, including 30 representatives of Kosovo's Serbs.