Kosovo PM invites Serbs to vote in the local elections

Kosovo Prime Minister Hashim Thaci added that he expects that the next meeting in Brussels would resolve all outstanding issues between Kosovo and Serbia. 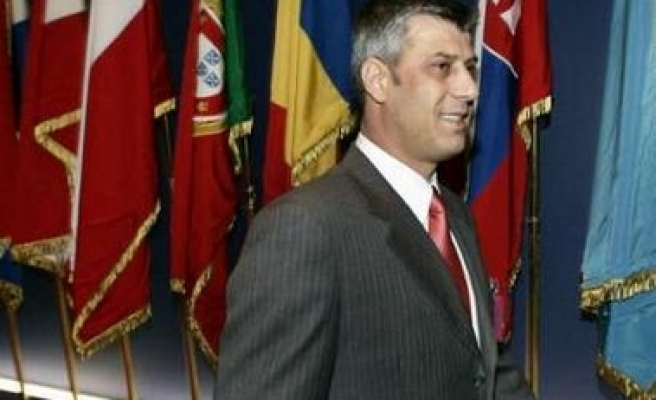 Thaci said "We are fully convinced that the local elections on 3rd of November will send the best message to Europe that Kosovo takes steps fulfilling the criteria necessary for democratic life and a European Kosovo.”

He added that he expects that the next meeting in Brussels would resolve all outstanding issues between Kosovo and Serbia.

Meanwhile Deputy Prime Minister Editha Tahiri, speaking on the implementation of the Agreement on Integrated Border Management (IBM) between Kosovo and Serbia said that talks were held with the High Representative of the EU Catherine Ashton. She emphasized that "the illegal Serbian formations in northern Kosovo will be shut down by September 30th".

IBM is one of the main issues of Kosovo’s and Serbia’s political relations and it is to be implemented by the beginning of 2014th.