Kosovo's president is elected by parliament and has a mainly ceremonial role. 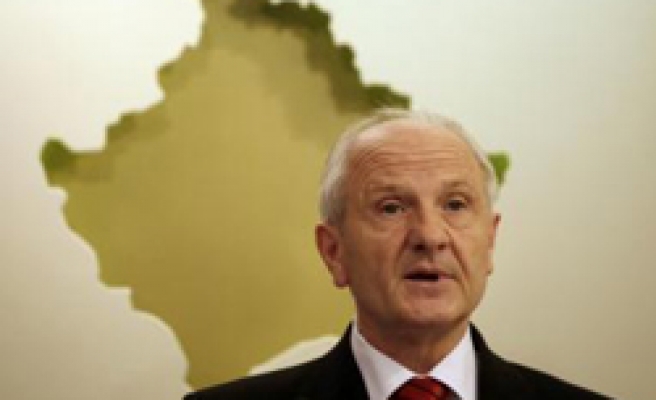 Kosovo's President Fatmir Sejdiu announced his resignation on Monday following a constitutional court ruling last week that he cannot serve as head of state and leader of his political party simultaneously.

"I respect the constitutional court decision," Sejdiu told a news conference in announcing his resignation as president, who is elected by parliament. "Over these years I have worked so that the Republic of Kosovo would have democratic institutions."

Kosovo's president is elected by parliament and has a mainly ceremonial role.

Sejdiu, a 58-year-old former law professor, was elected president for the second time in 2008 but remained at the helm of the Democratic League of Kosovo (LDK), the second largest party and junior coalition partner in Prime Minister Hashim Thaci's government.

In a major policy change, Serbia said earlier this month it would negotiate with Kosovo on practical issues for the country which it does not recognise diplomatically.

Sejdiu was elected president in 2006 to replace Ibrahim Rugova who died of lung cancer.

The parliament has 60 days in which to appoint a successor.