The government mounted the operation in the Serb-controlled north to enforce a ban on all Serb products in retaliation for a Serbian blockade on Kosovan exports. 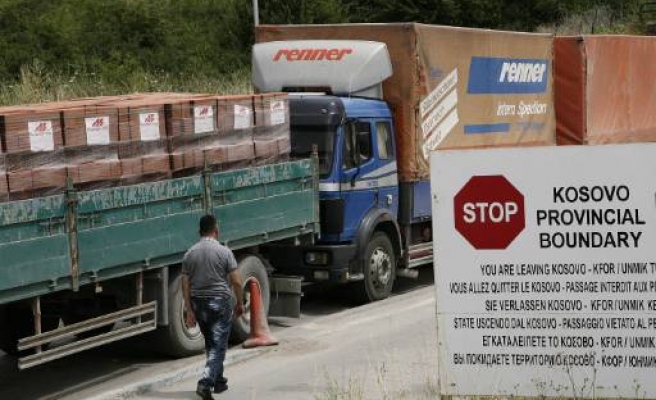 Kosovan special police forces have regained control of two border posts in an ethnic Serb enclave and withdrawn from the area after an operation that raised tensions with neighbouring Serbia.

One officer was killed on Tuesday in violence between the police and local Serbs opposing the action.

The government mounted the operation in the Serb-controlled north to enforce a ban on all Serb products in retaliation for a Serbian blockade on Kosovan exports.

Kosovo has had no control in its northern border posts since 2008, when local Serbs burned them down only days after it declared independence from Serbia.

The 60,000 Serbs who live in the enclave do not recognise the Pristina government's authority.

"The special units have finished their mission, their mission was to return the rule of law at the border crossing 1 and 31," Kosovo Interior Minister Bajram Rexhepi told KTV channel in Pristina.

The European Union and the United States on Tuesday criticised the operation, saying the government should have consulted its Western backers, who have 6,000 troops on the ground to keep the peace 11 years after Serbia effectively lost control of Kosovo.

An agreement to calm down the situation was mediated by the NATO commander in Kosovo, who sent troops as a buffer force between the police and Serb protesters

EU-sponsored talks between Belgrade and Pristina on trade, energy supplies and freedom of movement are postponed until September.