Leader of Bulgaria's ruling Socialist party to step down

Last week, Stanishev, at the helm of the Socialist party since 2001, quit parliament to become a member of the European Parliament 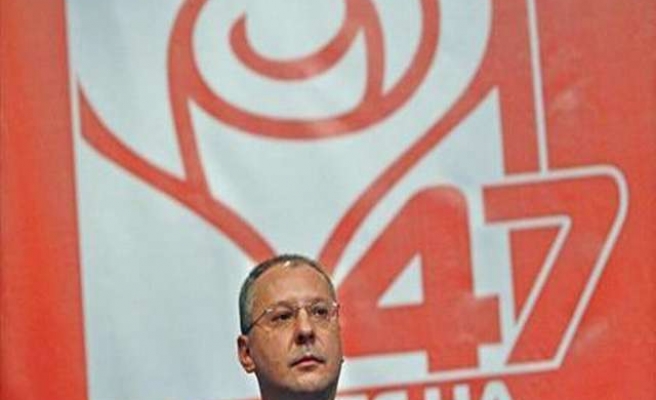 The leader of Bulgaria's ruling Socialists (BSP), Sergei Stanishev, announced on Saturday his intention to resign as party leader after a poor showing in May's European elections.

The Socialists have bowed to pressure from their coalition partner, the ethnic Turkish MRF party, and the main opposition GERB party to hold an early election on Oct. 5 after gaining less than a fifth of the vote at the European poll.

Stanishev, who has been the subject of mounting criticism within the BSP, told a party meeting on Saturday a congress on July 27 would "adopt the election campaign platform and elect a new chairperson of the party".

"I will stay firm to the next leader," said Stanishev, who is also the leader of the European Socialists (PES).

Last week, Stanishev, at the helm of the Socialist party since 2001, quit parliament to become a member of the European Parliament, citing "the new situation in Bulgaria and Europe after the (European) elections".

The snap election will mark the second government collapse in less than two years in the European Union's poorest state.

The government has blamed an orchestrated attack designed to destabilise the banking system and has made a number of arrests.