Life's too hard in Presevo to worry about Serb-Kosovo border

One of Serbia's poorest regions, Presevo in 2001 saw a brief conflict when ethnic Albanian guerrillas took up arms demanding to join neighbouring Kosovo. 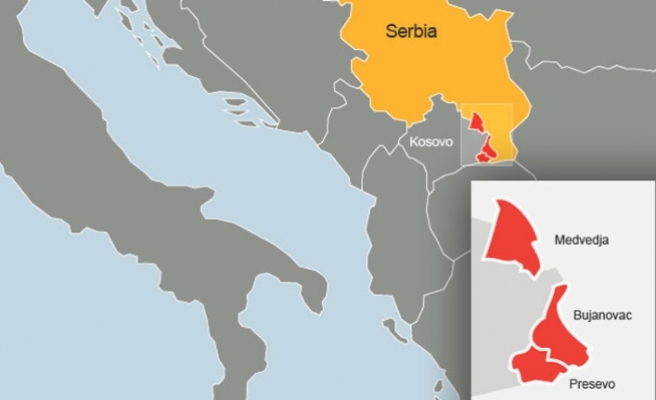 In the border valley of Presevo, neither ethnic Albanians nor Serbs pay much attention to talk of changes to the frontier between Serbia and Kosovo -- they are too busy trying to eke out a living.Majority ethnic Albanian Kosovo proclaimed independence from Serbia in 2008, a move Belgrade still rejects.

But this summer, Presidents Hashim Thaci of Kosovo and Aleksandar Vucic from Serbia, signalled an openness to "border adjustments" to resolve their longstanding feud.

Media have mooted an exchange of northern Kosovo, inhabited mostly by ethnic Serbs around the divided town of Mitrovica, and the Presevo valley, a majority ethnic Albanian area in southern Serbia.

Of the valley's 75,000 inhabitants, 60,000 are believed to be ethnic Albanians, although they boycott censuses organised by Belgrade.

The guns are now silent. But nestled between Serbia, Macedonia and Kosovo, the valley remains on edge, stricken by high unemployment and closely monitored by Serbian security services.

Although there are no official figures, hundreds of soldiers and police operate in the valley.

The big companies of the Yugoslav era have disappeared, such as plastics plant "July 7", printing factory "Grafofleks", trading firm "Buducnost" and a tobacco sorting plant.