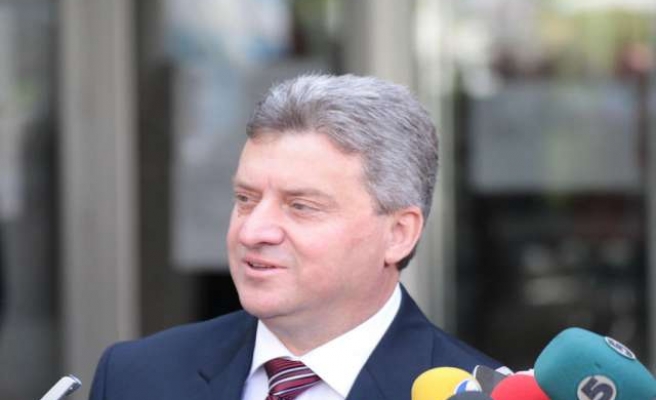 Macedonia called a presidential election for April 13 on Saturday but the ruling coalition's failure to agree on a joint candidate might push the Balkan country to call an early parliamentary vote in the same month.

The ethnic Albanian Democratic Union for Integration (DUI), a junior partner in the ruling coalition, has demanded their Macedonian allies nominate a "consensual candidate" for president, who would be acceptable for both communities.

Ethnic Albanians represent a third of Macedonia's 2 million population and relations with Macedonians, who are ethnic Slavs, have been tense since 2001, when an ethnic conflict almost plunged the country into civil war.

The current president, Gjorge Ivanov, is from the Macedonian conservative VMRO-DPMNE party, which leads the government. DUI has hinted it could leave the coalition unless an agreement on a candidate to run as replacement is reached.

"Unless we have a positive answer, all options will be seriously taken into account, including early parliamentary elections," Abdilakim Ademi, a senior DUI official and a cabinet minister, said on Thursday.

VMRO-DPMNE is the single strongest party in parliament and enjoys high popularity among Macedonians. It has not officially responded to the request, but party officials have said they would not allow anyone to interfere in their nomination process.

It is unlikely that the opposition could make enough gains in the parliamentary election to take power, according to opinion polls, but the vote could change the make up of the ruling coalition.

"We should show democratic maturity and in a peaceful and democratic atmosphere allow the people to decide upon their will," the president of the country's parliament, Trajko Veljanovski, told reporters after signing the decision to call the parliamentary vote.

If April 13's first round to replace Ivanov, whose term has expired, fails to produce a winner, a second round of voting for the largely ceremonial post would be held two weeks later.