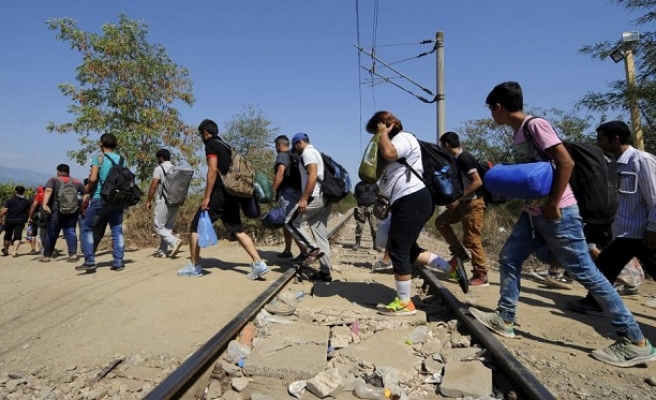 Macedonia is considering building a Hungarian-style border fence to stem a rising influx of refugees from the south, Foreign Minister Nikola Poposki was quoted as saying on Thursday.

In an interview with Hungarian business weekly Figyelo, he said Macedonia will probably also need "some kind of a physical defense" though this would not be a long-term solution.

"But if we take seriously what Europe is asking us to do, we will need that, too. Either soldiers or a fence or a combination of the two," said Poposki.

West European states like France and Germany have criticized Hungary's ongoing construction of a 175-km (108-mile) long, 3.5-metre (11.5-foot)-high fence along its border with Serbia to channel refugees to crossings where they can be registered.

Over 160,000 refugees have entered Hungary from the south this year, transition Greece, Macedonia and Serbia in that order from war-torn or impoverished countries in the Middle East, Asia and Africa. Almost all seek to reach wealthier western and northern European Union states like Germany and Sweden.

A single-day record of 7,000 Syrian refugees crossed on Monday into Macedonia, a small and relatively poor former Yugoslav republic.

German Minister of State for Europe Michael Roth told the same newspaper that Germany expected countries to register refugees who entered the EU over their borders, but that fences were not the right approach.

"We must build a Europe where we protect freedom

and guarantee security, but where there is no place for either fences or walls," Roth said.

Poposki said Macedonia was doing its best to register all refugees. "But whenever we take seriously what our European partners ask of us, trying to control the border and stop people, we immediately receive a negative international reaction," he added, echoing Hungarian complaints.