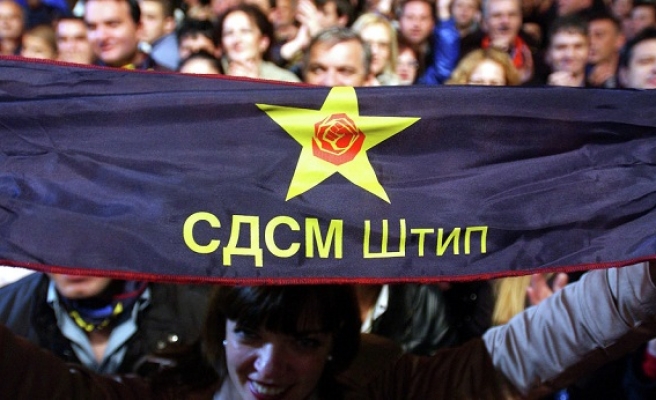 Macedonia's opposition socialists on Tuesday returned to parliament after a 15-month boycott following a disputed election that saw the Balkan country plunged into political crisis.

The return of the main opposition Social Democratic Union of Macedonia (SDSM) to the national assembly was part of a Brussels-brokered deal reached in mid-July between the opposition and the government.

The deal aimed to end the crisis that had paralysed the nation of about 2.1 million for months and saw the ruling VMRO-DPMNE party accused of corruption.

A total of 34 SDSM deputies were taking part in Tuesday's session of the 123-seat parliament where MPs were to review the organisation of snap elections set for April 2016. VMRO-DPMNE party holds 62 seats.

Under the EU-brokered deal Macedonian Prime Minister Nikola Gruevski's government is to be replaced 100 days ahead of the election by a transition team charged with organising the vote.

The former Yugoslav republic was thrown into turmoil following 2014 parliamentary elections that saw Gruevski's VMRO-DPMNE party win a majority and which the opposition allege were marred by fraud.

The centre-left opposition also accused Gruevski of wiretapping some 20,000 people, including politicians and journalists, as well as of corruption, a murder cover-up and other wrongdoings.

The government, in return, has filed charges against the opposition leader Zoran Zaev, accusing him of "spying" and attempts to "destabilise" the country

The crisis further deepened in May when police clashed with an ethnic Albanian armed group, whose members were mostly from Kosovo, in northern Macedonia. Eighteen people were killed in the clashes, including eight police officers.

Macedonia has been in a decade-long stalemate in the process of accession to both the European Union and NATO due to a veto by Greece. Athens denies its neighbour the use of the name Macedonia, claiming to have a historical right to it.