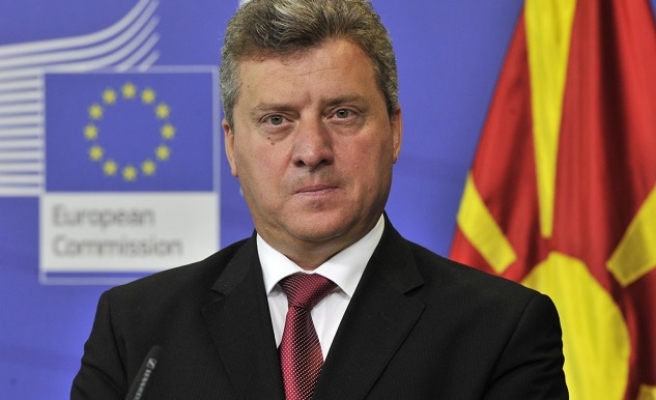 Macedonian President Gjorge Ivanov on Friday angrily charged that his country had been forced to "pay for the mistakes" of the EU amid the record migrant influx.

His country's border closure with EU member Greece has, along with similar moves by other Balkan states, effectively stopped the refugee influx to northern Europe but left tens of thousands stranded in Greece.

Ivanov accused the 28-member EU of failing to anticipate the massive influx via Turkey and then dithering in the face of the historic refugee wave.

"In the refugee crisis, we are now paying for the EU's mistakes, we have already spent 25 million euros ($28 million) of our taxpayers' money and had to declare a national crisis," he told Germany's Bild newspaper.

"And what did we get from Europe in return? Nothing! Not a cent! Instead, we, as a non-EU country, are now forced to protect Europe from an EU country, namely Greece," which he charged had been simply waving through refugees arriving from Turkey.

He bitterly accused the bloc of foiling its membership hopes for the past 25 years and added that, in Europe's view, "we're nothing, not an EU country, not in the (visa-free) Schengen zone, not in NATO. No one wants us."

Ivanov also charged that the EU had "completely lost sight" of security concerns as refugees arrive from war-torn Syria, Iraq, Afghanistan and other countries.

"If we had relied on Brussels rather than react ourselves, we would have been flooded with jihadists," he said.

Ivanov said his country had confiscated some 9,000 forged or stolen passports, but that EU countries including Germany had declined to share information on jihadist militants or biometric identification technology.

"In the refugee crisis there is the humanitarian aspect and the security aspect," he said. "In terms of humanity, Germany acted very well. But in terms of security, your country has completely failed."

He added that Chancellor Angela Merkel, with her liberal migrant policy, "has shown courage".

"But no one has the courage to say what still lies ahead. Between Sudan and Egypt alone, 20 million migrants are waiting to come to Europe. The refugee flow won't end, because everyone knows everything via Twitter and Facebook."