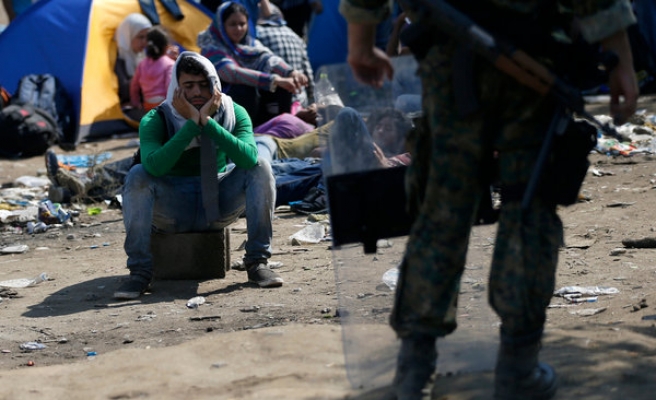 Macedonia and Serbia have implemented new restrictions on immigrants.

The restrictions came after a decision by European Union states, the Macedonian Interior Ministry said on Wednesday.

"The migrants that are registered on the Greek side of the Macedonian border and stated the country they are going to seek asylum [in] are allowed to cross the border," says the statement.

Meanwhile, unregistered migrants will be held in the border town of Gevgelija as part of measures to prevent illegal border crossings.

Macedonia issued 2,300 transit passage documents in the past 24 hours while approximately 350 migrants are waiting on the border due to lack of documentation from the Greek side.

Serbia – a country that migrants use as transit route to reach EU states – also announced it will only facilitate the passage of those who are going on to Austria and Germany.

Labour and Social Affairs Minister Aleksandar Vulin said that it was a decision by the Austrian government take to control the refugee crisis.

"The decision notified to us by Croatia and Slovenia [is that] that the refugees who are not going to seek asylum in Austria and Germany will not be allowed to cross the border," said Vulin.

Previously, both Macedonia and Serbia decided that migrants who are only from war-torn zones would be allowed to cross their borders.

Macedonia, Slovenia and Hungary built a border fence to control refugee movements in 2015.

Hungary's policy to control refugees lead to it sealing its frontier with Serbia.

Hungary was the first EU country to build a border fence to control refugees, on Aug. 6, before sealing its frontier with Serbia.